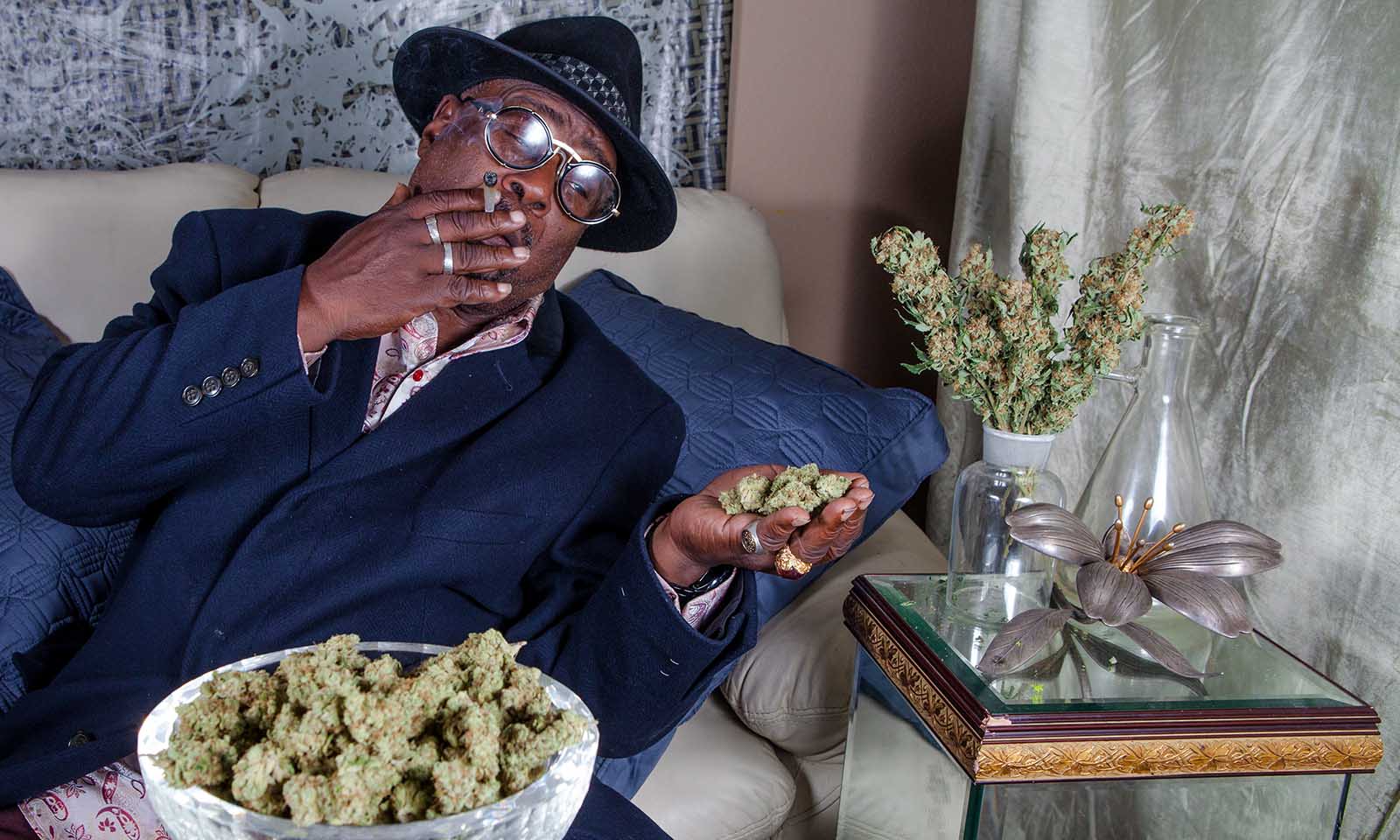 We Want the Funk: Talking Ganja with George Clinton

“You’ve got a real type of thing going down, gettin’ down/ There’s a whole lot of rhythm going round.” – Parliament’s “Give Up the Funk”

In the pantheon of musical influencers — those whose artistic impact has shaped the music of multiple generations — George Clinton joins James Brown and Sly Stone as one of the foremost forefathers of funk.

As the leader of Parliament and Funkadelic in the 1970s and early 1980s, Clinton was the architect of a whole new type of sound known as the P-Funk. Inducted into the Rock and Roll Hall of Fame in 1997, Clinton continues to work on his own music and contribute his voice to projects from a bevy of fiery new politically minded artists, including rapper and songwriter Kendrick Lamar.

“Dr. Funkenstein” will be the first to tell you how he used cannabis to kick harder drugs — nowadays, he says he doesn’t need much to keep the groove alive. We caught up with the “Star Child” himself to discuss extraterrestrial grooves, how he enjoys his funk and where the Mothership is headed next.

Cannabis Now: Your music exists within its own classification. How do you describe P-Funk?

George Clinton: It’s the music that will save your life whenever you need it. Funk is a way of life. It’s a movement and it’s the music.

What benefits have you found in medical marijuana? Does it enhance your musical process?

Oh, it helped me get rid of my crack habit [laughs]. It’s the best medicine to alleviate it.

How is it the best medicine?

I mean, it takes care of all of it — medicinal, mental, recreational — it takes care of the steps you need for well being. It’s a whole thing you got, medically, psychologically and just plain havin’ fun.

I know you have a close relationship with CRAFT collective here in California; do you have a particular strain that you enjoy?

I don’t even know the names of anything, you know? The names change so fast. I just like good weed. You’re supposed to be able to get high off of weed, but it don’t take that much for me. You know? I like the oil. Give me my pen and I’m satisfied. I done been through all the other things, it’s very easy for me to stay satisfied.

How do you consume cannabis?

I do the oil, the dab, the wax and the plant — I do all of it. The edibles? I don’t do that too much because I get carried away with taste and I forget that it’s got THC in it, so I have to be careful with the edibles.

Who influences you? What musical artists are you listening to today?

There’s a strong sense of political activism in many of your songs. In the title track of Chocolate City you say, “They still call it the White House/ but that’s a temporary condition.” How are you coping with the current Trump administration?

You were just in the studio, what are you working on?

I’m doing a Parliament album and it’s called “Medicaid Fraud Dog.” It goes right good with all this Medicaid sh*t that going on with Obamacare. It’s coming out right on time with all this bullsh*t that’s going on: drugs and pharmaceutical companies and insurance. It’s a whole thing about the insurance and the pharmaceuticals and the government and then they cut everything from the Medicaid. And the Medicaid end of it, you know, the low end of it is always going to be the one that gets busted for sh*t.

Yeah, funk will always have you in the right place at the right time.

Edited for length and clarity.

Book Review: ‘Cannabis Saved My Life’
In the Beginning, There Was CBG