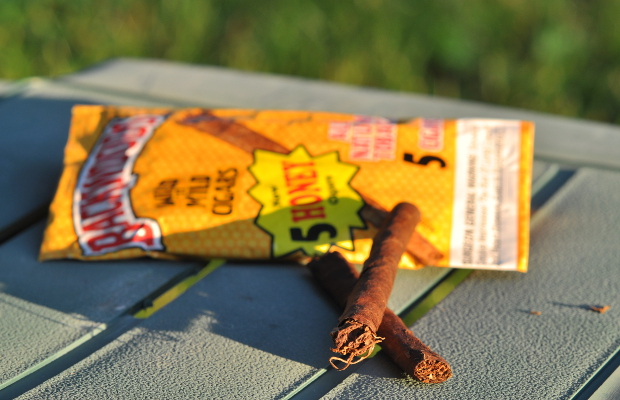 Smoking tobacco is associated with a host of negative health outcomes, like cancer and heart disease. Perhaps you’ve heard this before. Maybe you shouldn’t do it. Maybe, just maybe, smoking pure cannabis flower without any added tobacco is healthier than smoking spliffs.

Breaking news: Tobacco is bad for you.

But most marijuana smoked in Europe is done so in concert with tobacco. Why? One reason, according to what smokers told researchers at University College London, is a desire to get more high — but this isn’t what happens.

As researchers explain in a study recently published in Psychological Medicine, adding tobacco to your joint raises blood pressure and heart rate, increasing the risk of heart disease — and doesn’t do anything to the high.

“Nonsense,” you may say. “I feel different when I smoke a blunt or spliff—that’s why I do it.”

Let’s forget for a second that you know more than a scientist, and remember that what you’re feeling is nicotine.

“There’s a persistent myth that adding tobacco to cannabis will make you more stoned, but we found that actually, it does nothing to improve the subjective experience,” said Chandni Hindocha, the study’s lead author, in a statement released by UCL.

Researchers at UCL had 24 experienced but moderate marijuana users — those who used cannabis no more than three times a week — smoke four different mixtures: cannabis and tobacco, cannabis and a placebo, tobacco and a placebo and a total bunk joint with the placebo of both. Participants then attempted a variety of cognitive tasks and had vital signs like heart rate and blood pressure monitored.

Researchers found that adding a spliff aided memory slightly — which is consistent with earlier findings that nicotine aids concentration. There were no findings related to long-term lung health.

For once, Americans are taking the global lead on responsible behavior — despite the current cultural fascination with rolling blunts: According to results from the Global Drug Survey, 77 percent of cannabis users in the UK smoke it with tobacco, as compared to only 8 percent of Americans.

This could be why many of the studies concluding cannabis use is a bad thing originate in Europe — and the only longitudinal study on long-term lung health, conducted in the US, concluded that there is no link between marijuana smoking and lung cancer.

So fire up that spliff or blunt all you want, but don’t fool yourself into thinking Yul Brynner would have approved.

TELL US, do you smoke spliffs or blunts?

You may also like...
Related Topics:blunts, Cannabis, research, spliffs, tobacco

Lori Ajax Speaks to Female Industry Leaders
The Joint Off