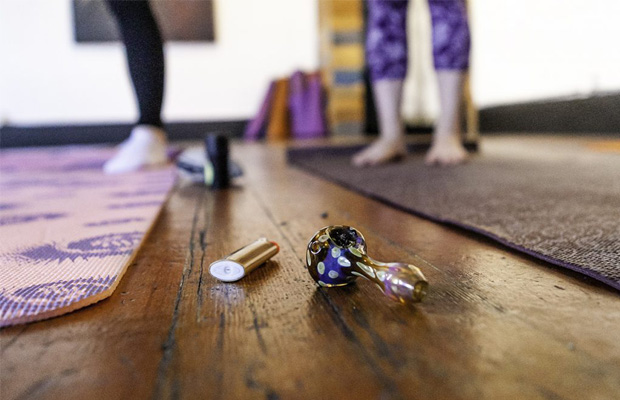 In a study of nearly 1,000 New Zealanders tracked over 40 years, people reporting nearly 20 years of consistent pot smoking did not show any signs of a decline in lung function, high blood pressure, diabetes, or any other deterioration of physical health.

In fact, the only negative consequence researchers say was present in heavy cannabis smokers as opposed to non-smokers was more gum disease.

“We can see the physical health effects of tobacco smoking in this study, but we don’t see similar effects for cannabis smoking,” said lead study author Madeline Meier, assistant professor of psychology at Arizona State University.

This means while choosing to smoke marijuana as a preferred method of consumption may bring about some oral health problems over an extended period of time (researchers noticed this happening to people between the ages of 26 and 38) there is no evidence to suggest that smoking weed on a regular basis, even if that means decades of daily use, has the potential to sabotage one’s health in a similar manner to that of long-term use of tobacco.

“What we’re seeing is that cannabis may be harmful in some respects, but possibly not in every way,” says study co-author Avshalom Caspi, professor of psychology and neuroscience at Duke University. “We need to recognize that heavy recreational cannabis use does have some adverse consequences, but overall damage to physical health is not apparent in this study.”

Interestingly, in countries that have legalized cannabis for medical purposes, some insurance companies have already begun to separate those who use marijuana from the same rank as their tobacco toking counterparts – classifying patients who smoke weed for therapeutic purposes as “non-smokers” – because research has shown marijuana and tobacco, while typically consumed through the same process, are actually very different when it comes to their individual effects on human health.

In a move that is being praised by medical marijuana patients all across Canada, BMO and Sun Life recently announced that they would no longer require cannabis users to select the “smokers” box on their respective life insurance questionnaires – a move that could save many of those participating in the northern nation’s medical marijuana program up to 50 percent on their insurance premiums.

“In our industry, we keep up to date with medical studies and companies update their underwriting guidelines accordingly,” Sun Life said in a statement. “As a result, people who use marijuana are now assessed … at non-smoker rates, unless they also use tobacco.”

Insurance experts say the insurers’ decision to no longer classify marijuana users as smokers is a sharp signal from the bowels of the corporate world that marijuana is, without a doubt, safer than tobacco. Otherwise, neither company would have dared take such a bold leap. After all, they are in the business of expanding the bottom line, not to make moral judgments or take any sort of political stance that could jeopardize the financial standings of shareholders.

“What this tells me is that they have done their research, examined the evidence and concluded that the patterns of risk associated with typical marijuana use is much lower than that of typical tobacco use,” Paul Groontendorst, rector of the division of social and administrative pharmacy in the Leslie Dan Faculty of Pharmacy at the University of Toronto told reporters.

At the core of the entire debate surrounding whether marijuana is as dangerous as tobacco is a disease that is expected to kill around 595,690 people in the United States this year – cancer.

Last week, researchers at the University of Western Australia published an outlandish paper in the journal of Mutation Research that suggested people who smoke weed were altering their DNA in such a way that could cause their children to have cancer in the early years of their life. The study, overseen by Associate Professor Stuart Reece and Professor Gary Hulse from UWA’s School of Psychiatry and Clinical Sciences, said “Even if a mother has never used cannabis in her life, the mutations passed on by a father’s sperm can cause serious and fatal illnesses in their children.”

Come to find out, the researchers in the study never conducted any tests to arrive at this shocking conclusion – the entire basis for the research was a review of other studies. Cannabinoids experts quickly came out in opposition of the two scientist’s findings, arguing that their report was “based on a foundation of falsehoods.” Although previous research has concluded that other drugs, including tobacco and alcohol, have the potential to damage DNA, Dr. Ethan Russo, former Senior Medical Advisor for GW Pharmaceuticals said the smoking-weed-will-give-your-kids-cancer study is missing so many critical variables that it would be irresponsible to entertain their report as anything other than modern day reefer madness.

So, while there may be evidence smoking marijuana for decades is hard on your gums, it appears that even the habitual user can sleep soundly tonight knowing their longtime love affair with the herb is not likely to chisel their or anybody else’s tombstone.

Are you a habitual cannabis user? Tell us about your experiences.