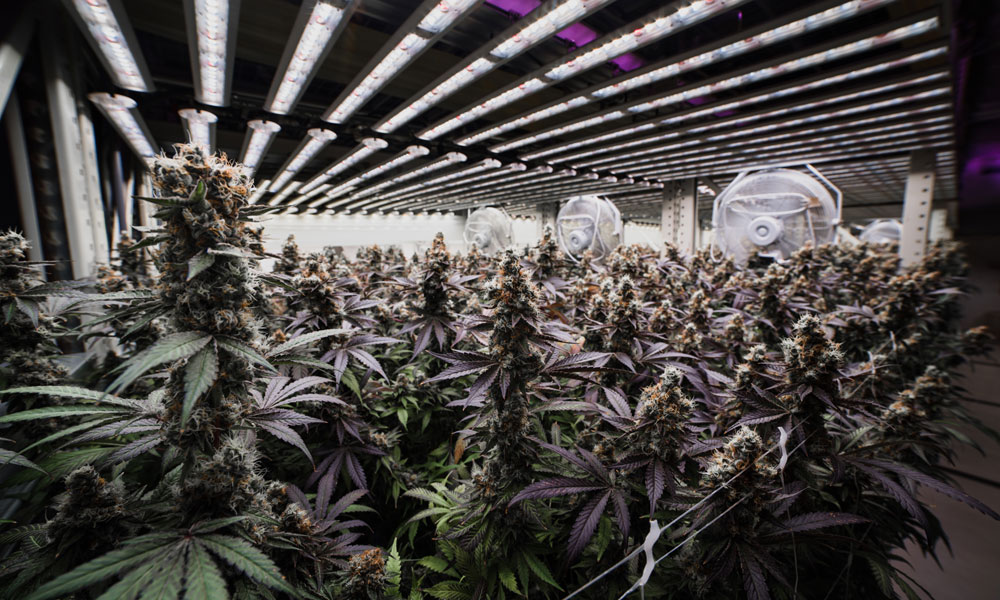 The legalization of cannabis washed a green wave across five more states in the 2020 election. Virginia, New York and New Mexico also joined the movement this year, passing new bills to legalize adult-use cannabis. As legalization continues to spread across the U.S., investment in grow facilities to meet consumer demand in both new and maturing markets is likely to continue at a steady pace well into the future. And while much of that investment will be pumped into tried-and-true methods of cannabis cultivation, many companies are betting on the cutting edge of technology to push production to new levels.

One such firm is Las Vegas-based Fohse, a manufacturer of high-performance LED grow lights specifically designed for the cannabis industry. The company got its start after Ben Arnet and Brett Stevens, now Fohse president and CEO, respectively, suffered the loss of a cannabis crop valued at $750,000 at a cultivation operation they had invested in together. The facility’s HVAC system failed due to intense heat emitted by high-pressure sodium (HPS) fixtures, and within two days, the high temps had killed off all the plants.

Around the same time, Arnet and Stevens were approached by longtime friend Alex Gerard, a bioengineer from a family steeped in horticulture, who had developed an advanced and efficient LED grow light. After investing millions in research and experimenting with dozens of prototypes in test grows, Fohse developed a full line of cannabis cultivation lighting solutions, including its flagship A3i, a 1500-watt fixture that Arnet says is the pinnacle of LED grow light design.

“There’s nothing else you can possibly do to make a more powerful, efficient LED fixture for horticultural use in the market,” Arnet tells Cannabis Now. “Otherwise, it gets too heavy or too big. It was essentially the final be-all, say-all of what we thought could be done for indoor horticulture.”

Arnet says that when early iterations of LED grow lights first caught the attention of cannabis cultivators, many found the high cost of the initial investment and modest yields a dealbreaker. Consequently, most manufacturers did all they could to reduce costs by using cheaper components, but the less expensive lights still couldn’t cut it at harvest time. Fohse took a different tactic, investing heavily to produce the best lights while also providing exceptional customer service to back them up.

“People will pay for better, people will pay for more, people will pay for performance,” Arnet insists. “We spent more money designing, manufacturing and building our fixtures, making sure that they have the highest IP ratings, warranties, outputs, performance and efficiency. It costs a little more upfront, but with the increase in yields, they pay themselves off in a harvest or two. So, while everyone was racing to the bottom, Fohse did the exact opposite.”

Growers implementing the Fohse A3i are able to reduce energy costs while seeing a boost in cannabinoid and terpene levels. The increased growth rate spurred by the brightness of the A3i, which can deliver more photons than natural sunlight over a 12-hour photoperiod, has even allowed some growers to pull down an extra harvest each year from every grow room.

The Fohse A3i also has other advantages over traditional cultivation fixtures. Mike Howard, the director of cultivation at The Grove in Las Vegas, says that the HPS lights used in the company’s grow operation were heating the facility and triggering the HVAC system to the point that maintaining adequate humidity levels to promote maximum yields was impossible.

“We were leaving weight on the table every single harvest under HPS,” he said.

With the help of the Fohse team, Howard outfitted a grow room at The Grove with A3i fixtures to test the new technology. The fall/winter 2020 harvest results show that the A3i delivered 27 percent more light (as measured by PPFD, or photosynthetic photon flux density) than the facility’s HPS lamps. This led to a 65 percent increase in dry yield harvest weight. Energy used for lighting was also reduced by 16 percent, with additional savings realized by a reduction in HVAC system use.

Giving the Sun a Run For its Money

Historically, sun-grown cannabis from California’s Emerald Triangle was considered the benchmark of quality. But Howard says that today, the top-shelf flowers are almost exclusively grown indoors, where the grower has much more control over factors such as irrigation, fertilization and carbon dioxide levels.

“When you’re outdoors, those parameters are a little bit harder to control,” Howard explained.

Arnet agrees that sophisticated indoor cultivation facilities will continue to grow the highest-grade cannabis flower for retail sales in dispensaries. But that doesn’t mean there isn’t room for quality sun-grown flower too.

“We’re going to see outdoor and greenhouse weed go more toward edibles and extracts. I think there’s always going to be a market for craft cannabis, growers that only care about growing in live soil and all organic,” he predicts. “You’re going to hear and see all of that come to the top in the next five to ten years.”

The Future of Cannabis Cultivation

The higher level of control afforded by an advanced indoor operation leads Howard to believe that the future of commercial cannabis cultivation lies in hi-tech facilities running advanced grow lights like the A3i. As research into genetics and cultivation methods continues to push the envelope with characteristics such as cannabinoid and terpene levels, pharmaceutical-quality growing facilities will be at the forefront of the cannabis industry. Howard thinks that facilities running HPS and other high-intensity discharge (HID) fixtures—particularly those located in climates like Nevada’s—will fall by the wayside.

“The future is with power, and I think with power comes LED, just because you don’t have that radiant heat,” he said. “If I see HPS lights after the next five years, I would be extremely surprised, and that goes for all HID lighting. It’s just going to be interesting to see those fade out.”

Arnet says the future of indoor cannabis cultivation is a moving target, in part because commercial production has only been truly legalized in the last decade or so. As growers learn more about the plant and more equipment manufacturers build cannabis-specific products, what lies ahead remains to be seen. At the start of legalization, two pounds of dried cannabis per light was practically unheard of.

“Then it was three pounds a light, now it’s four,” Arnet said. “We’ve got guys doing 7.9 to 8 pounds a light,” he exclaimed, speaking to the power of Fohse’s A3i.

Wherever the future of indoor cannabis cultivation is headed, it’s a sure bet that Fohse will be lighting the way.