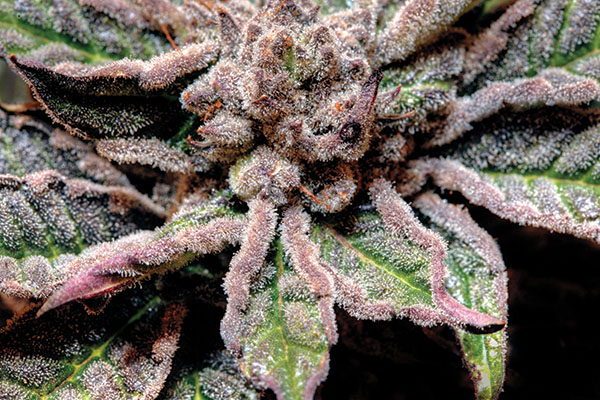 Chem Dog — Tracing the Fuse of the Fuel Explosion

Some strains take the stage for a fleeting moment of stardom then vanish from the limelight forever. Others leave a genetic legacy so strong it creates new phenotypes that become stars in their own right.

The appeal of the Chem family is broad and deep. The strain itself is amazing, but the fact that its offspring include the renowned Sour Diesel and OG Kush truly speaks to the dominant influence the fuel family has had on the cannabis world overall.

While strains like White Widow or Northern Lights predate Chem Dog by several years, none of them have anywhere near the visceral appeal of Chem. The unique combination of terpenes demand your attention. The overwhelming aromas of fuel in the strain are so distinctive and so powerful that when someone breaks out a bag, people know what they have before they even open the bag.

When the person known only as Chem Dog first scored the now mythical bag of weed that yielded the seeds destined to unleash the legendary strain bearing his name, the Grateful Dead tour scene was still robust, but a mere shadow of the glory years.

These were much darker times, and the Reagan-Bush War on Drugs was in full effect. That effect was felt keenly on Dead tours, where busts for relatively small amounts of LSD were yielding sentences of 10-20 years in federal prison with no parole.

Few people on the West Coast now understand how hard it was to find high-quality green bud on the East Coast during the early 1990s.

But during the late 1990s and into the aughts, Chem Dog, said he was at Phish tours, always spreading the vibe, if not the actual seeds.

“It was pretty cool, seeing folks’ reactions to the herb,” he said. “I knew it was going to start breaking.”

The name is a kind of hyphenation of two early names for the bud. The “Dog bud,” called such because smoking it would make you roll over like a dog, an the “Chem bud” which was a testament to people’s unfounded suspicions that the (for the time) extreme potency might be the product of chemical fertilizers.

The terpenes that create Chem Dog’s pungent, fuely smell and taste – linalool, myrcene and caryophyllene – combine to create a scent known to millions of cannabis aficionados. The rise and almost industry-wide domination of the fuel strains for almost a decade proves this out.

And while Chem Dog now experiences some major shine in its own right, most folks were probably introduced to the fuel strains via Sour Diesel and then later OG Kush – not realizing the lineage all started with Chem.

Chem Dog said he’s happy with the legacy of his creation.

“I’m really proud of creating a cannabis name that has stuck and has been the parent of many popular strains to this day,” he said. “It really is a name and smell that people remember.”

You may also like...
Related Topics:Cannabis, Chem Dog, In The Magazine, Issue 24