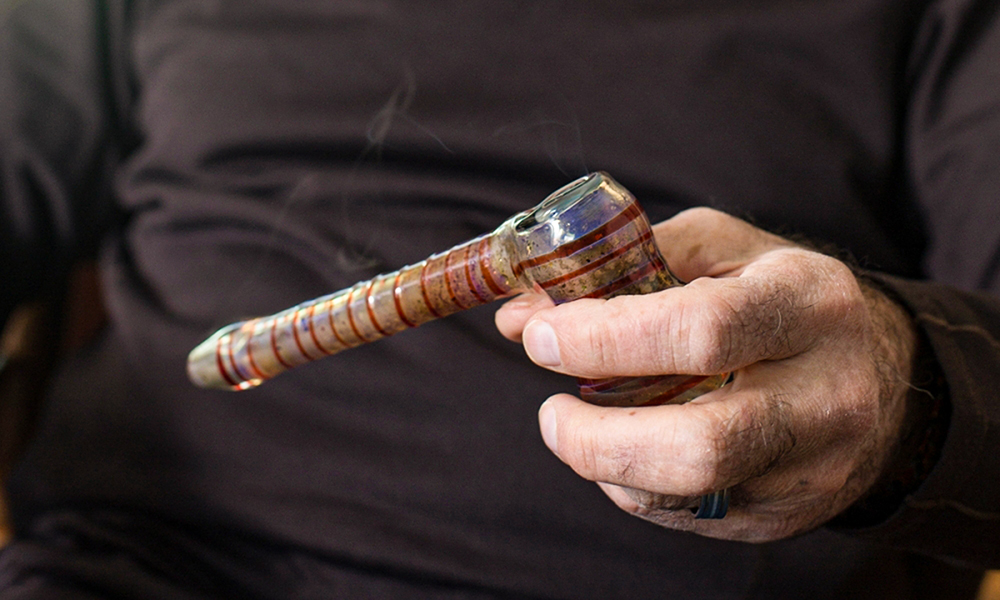 As the generation associated with the hippies of the 1960s, it’s hardly surprising that the “baby boomers” appear to have progressive attitudes toward cannabis.

Of course, such categories are inherently generalizing. “Boomers” can be taken to mean anyone born in a post-World War II baby boom lasting well into the 1960s. So many boomers were still rugrats when their elder siblings or cousins were turning on, tuning in and dropping out in San Francisco’s Haight-Ashbury or New York’s East Village. And their progressive views may not extend to every issue — boomers have notoriously gotten some very bad press recently.

Yet, if polls are to be believed, the latest indicates that a strong majority of boomers support cannabis legalization.

A study just released from the Pew Research Center finds that two-thirds of Americans say the use of cannabis should be legal, reflecting a steady increase over the past decade.

Providing a generational breakdown, Pew tells us that majorities of millennials (defined as those born between 1981 and 1997), Generation X (born between 1965 and 1980) and boomers (born between 1946 and 1964) say cannabis use should be legal. Boomers are found to be 63% in favor. They are roughly tied with the Gen X demographic, which clocks in at 65%. Millennials are in the lead, at 76% — indicating steady progress over the generations. Only members of the so-called Silent Generation (born between 1928 and 1945) continue to be mostly opposed to legalization, with only 35% in favor.

That suggests — again, hardly surprisingly — that the cultural shift on cannabis began with the boomers.

According to the cannabis industry number-crunchers at BDS Analytics, 30% of cannabis consumers in states with legal marijuana are 55 or older.

In a report published in January, the analytics firm says that boomers are the most likely generation to be motivated by medical reasons to consume cannabis, with 67% of boomer cannabis consumers in dispensaries purchasing for health reasons. However, 59% said they also consume cannabis for recreational reasons.

Boomers also appear to be using cannabis at much higher rates than in the past.

Cannabis use among seniors in the U.S. has risen tenfold over as many years — apparently due, at least in large part, to boomers using it to treat ailments such as chronic pain, anxiety and depression. These are the findings of a University of Colorado study, “Qualitative Analysis of Cannabis Use Among Older Adults in Colorado,” reported on by MSBC in June.

Study co-author Dr. Hillary Lum was cited as saying that as more states legalize medical and adult-use cannabis, the number of the aging who turn to the herb is expected to rise.

There may be a case that legalization has changed life the most for people in this age group.

Perhaps counterintuitively, evidence suggests that youth cannabis use has actually declined in states that have legalized.

“Colorado teens stubbornly refuse to smoke more weed” was the smart-alecky headline in the Washington Post in June 2016. The story noted Colorado Health Department findings that rates of use among the state’s teens were essentially unchanged in the years since cannabis was legalized there in 2012.

“The survey shows marijuana use has not increased since legalization, with four of five high school students continuing to say they don’t use marijuana, even occasionally,” the health department stated.

Paradoxically, as more boomers turn to cannabis in a more tolerant environment, it may lose its allure for youth seeking to assert a distinct identity. The same rebellious impulse that led the hippies to embrace cannabis 50 years ago may be leading kids to reject that impulse today.

TELL US, do you use cannabis for medical or recreational purposes?

Cannabis Compassion Is Re-Legalized
A Quick Guide to the Vaping Health Scare: What We Know So Far