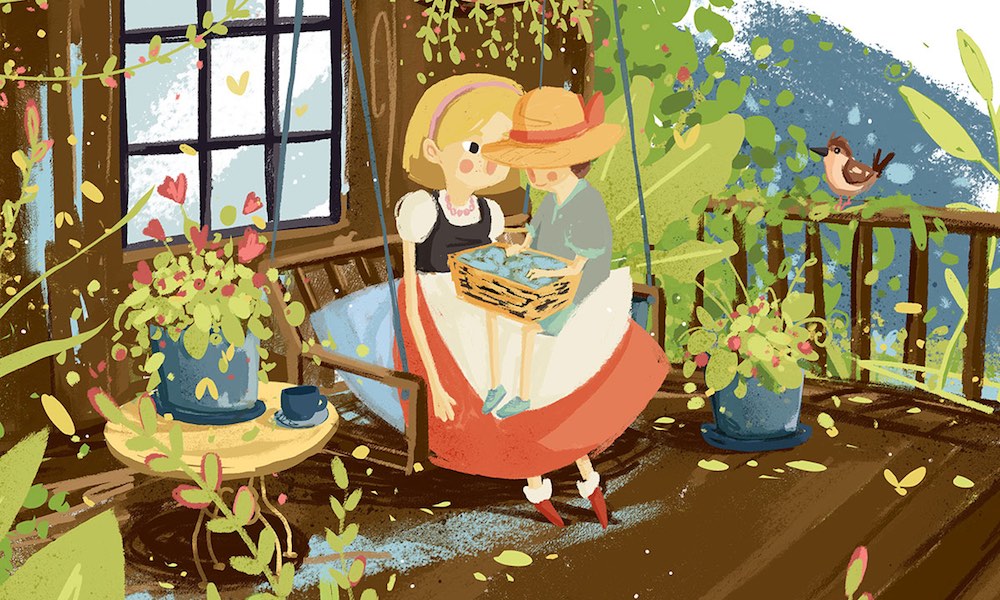 A new book introducing cannabis to children aims to normalize conversations about cannabis as one of the plants in a home garden. Written by Susan Soares, the sweetly illustrated book, “What’s Growing in Grandma’s Garden,” takes on the voice of a boy gardening with his grandmother, eating the vegetables they grow and talking about the cannabis also growing in grandma’s garden.

It was a garden that turned Soares onto medical marijuana. A busy single mother of three,  Soares was active in the LDS church when she got sidelined 30 years ago with a head injury.

“I had a migraine headache for two years afterwards,” she says.

Soares then got hooked on doctor-prescribed Vicodin but still found no relief, until she asked her neighbor about the lovely green plant growing in her neighbor’s garden.

After cannabis cured her migraine, Soares began to rethink her past assumptions about the plant. She has since become an activist, bringing her enthusiasm and organizing skills to the cannabis movement in the Los Angeles area, including planning yearly State of Cannabis events in Long Beach.

When a talk show host asked her on the air, “How did you talk to your kids about cannabis?” her answer was, “I didn’t.”

“His question bothered me,” Soares says. “I started asking people inside and outside of the industry and I found out nobody is talking to their kids about cannabis.”

So Soares, now a grandmother, decided to write and publish, “What’s Growing in Grandma’s Garden: A Book to Help Grownups Have a Conversation With Children About Cannabis.”

The story is told in the voice of a boy learning about gardening from his grandmother.

“She says that she has two green thumbs,” says the grandson. “They look normal to me!”

In the book, the grandmother explains that most of the plants are for eating or for medicines, but there are some “extra special to her” cannabis plants locked in her greenhouse.

“She says that I can look, but not touch because it is just for grownups,” the boy says.

When the boy asks why some things are just for grownups, he explains his grandma “drew a brain for me… She said that my brain is still growing just like the plants in the garden and I need to feed it only things that will help it grow. I want my brain to be as strong and fast as it can be just like a super computer!”

Grandma’s knee hurts “after so much sidewalk chalk art” and she “puts medicine on her knee while I play with her train set. My knees don’t hurt. I guess there are some good things about not being a grown up!” the boy says.

At the Sunday family barbeque that serves as the story’s finale, “the grownups do grownup things while the kids play hide and seek.”

Simple and charming, “Grandma’s Garden” shows how not hiding cannabis from children, but rather setting appropriate boundaries around it, is an effective way to be both a cannabis lover and a good parent (or grandparent).

“Grandma is pictured downwind and 25 feet away from the kids, but she’s not hiding behind the garage,” Soares says of the book. “We’ve legalized cannabis in California and elsewhere, and it’s time for us as industry and consumers that love cannabis to own it, and talk to our kids. We can tell them, ‘We enjoy it and you may see us smoking a joint or eating an edible. Any questions?’”

Response to the book has been positive, Soares reports.

“I know people who have been growing for over a decade, and their kids didn’t know,” she says. “They’re happy to have this somewhat mainstream tool to use to talk to their kids.”

TELL US, have you talked to your kids or grandkids about cannabis?

You may also like...
Related Topics:Cannabis, children and cannabis, State of Cannabis, Susan Soares