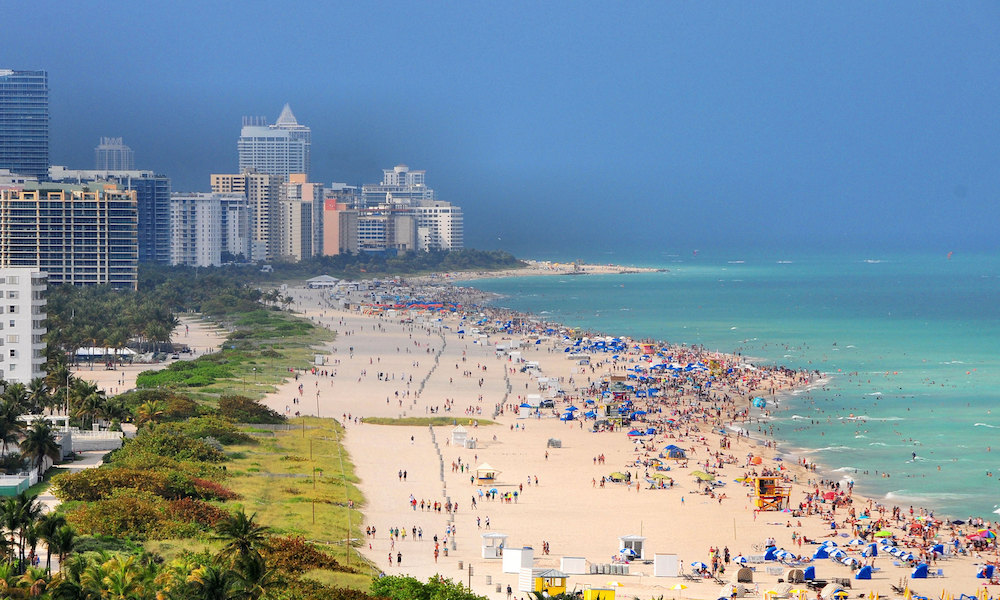 While prosecutors in places like New York and Baltimore are now declining to pursue such cases in recognition of the social and racial injustices of cannabis prohibition, in Miami-Dade County the motivating factor is an unanticipated dilemma created by the U.S. Farm Bill, which last year legalized industrial hemp and hemp-derived CBD.

States are now passing bills to bring their own laws into conformity with the new federal policy, and Florida did so on July 1.

But, in a reality that has authorities consternated in conservative states like Texas, law enforcement often lacks the technical ability to distinguish between newly legal CBD and still illegal THC in confiscated samples of herbaceous cannabis. So, at least until this problem is resolved, Miami-Dade has essentially instated a de facto decriminalization where small quantities are concerned. And, as the Miami Herald wryly puts it, for amounts large enough for felony charges, “police will now be required to get lab tests to confirm that marijuana is, well, actually marijuana.”

The decision was announced Aug. 8 in a memo sent to Miami and Dade County law enforcement agencies. “Because hemp and cannabis both come from the same plant, they look, smell and feel the same,” State Attorney Katherine Fernandez Rundle wrote. “There is no way to visually or microscopically distinguish hemp from marijuana.”

It’s really a matter of semantics. While hemp and marijuana are distinct categories (a question of THC content, which part of the plant is used and for what purposes), they are both cannabis sativa.

This semantical confusion is seen nationwide, and exacerbates an already confused legal situation.

Adding more confusion still, some media accounts have failed to distinguish between the de facto decriminalization by failure to prosecute and the de jure decriminalization of changing the law to actually remove criminal penalties. For instance, in a report on this dilemma, Green Entrepreneur uses the misleading headline “Florida and Texas Decriminalize Marijuana Possession.” Neither state has passed any decrim bill, and in both cases the suspension of prosecutions is happening at the local level, not statewide.

Miami-Dade is not alone, however. Tallahassee’s State Attorney Jack Campbell has also announced that prosecution for cannabis possession is on hold, at least until protocols are in place for distinguishing between legal and illegal varieties.

With the prosecutions suspended, meanwhile, signs are fast mounting of a cultural consciousness shift in local perceptions of cannabis. In a significant leap for the plant’s normalization, Miami Dade College has announced new classes on cannabis science and cultivation, along with a certificate program to prepare students for careers in the medical marijuana industry.

For now at least, students will learn about cultivation and extraction mostly from a “theoretical standpoint,” Mark Meade, chair of the school’s Biology, Health & Wellness Department, told the Miami New Times. That is, there won’t be hands-on instruction in cultivation techniques. But classes to be offered include biology of cannabis, chemistry of cannabis, and Florida cannabis policy and regulation. A certificate program, cannabis industry science specialist, is planned, to be developed over the next academic year.

“Our main goal, the way we look at it, is we simply want to be the epicenter for cannabis education, not only in Florida but nationwide,” said Efrain Venezuela, the associate dean of faculty.

However, the Miami Herald, in its coverage of the CBD confab, also noted a cautionary development. Just as the trade show opened, the federal Food and Drug Administration sent a warning to Curaleaf, one of the country’s top medical marijuana companies and operator of 25 dispensaries in Florida. The FDA scolded Curaleaf for illegally selling unapproved products that made “unsubstantiated claims to treat cancer, Alzheimer’s disease, opioid withdrawal, pain pet anxiety.”

This is also a somewhat statement, however; whatever unfounded clams are being made about cancer or Alzheimer’s,  the analgesic properties of cannabis are well established.

The industry is still waiting on the FDA to issue regulations for food and drug products that contain hemp-derived CBD.

TELL US, do you think cannabis testing confusion will lead to more official decriminalization?