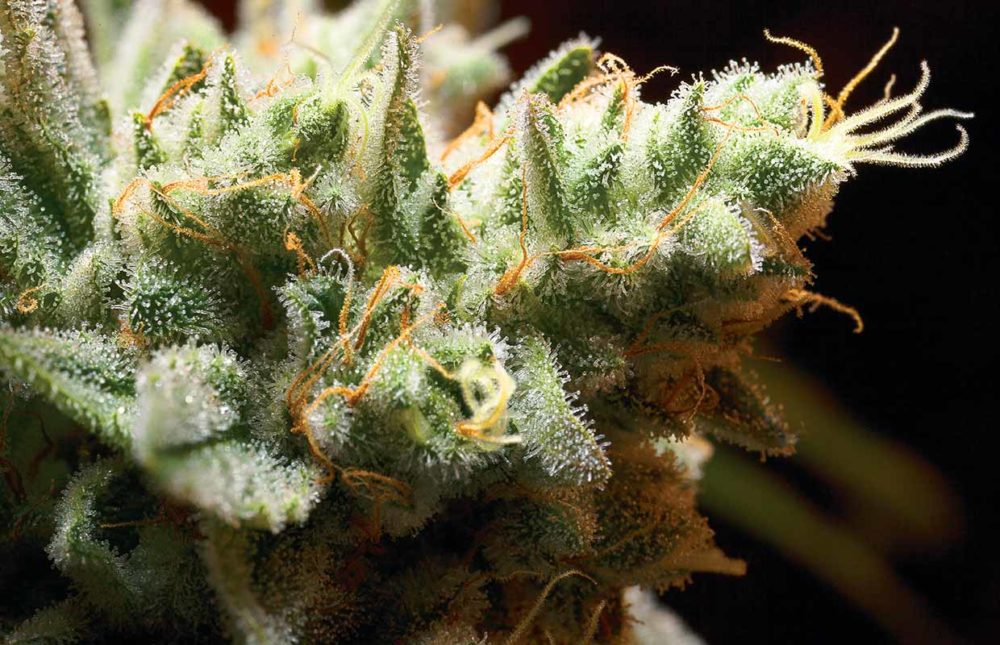 The moisture percentage of marijuana is an important figure to know, but the shift in that percentage when buds go from drying, to curing, to packaging for sale are — for the most part — mysterious and subjective.

In my new book “Marijuana Harvest,” we provide various tests for determining moisture throughout the stages of post-harvest processing. None offers a truly objective measurement, but the community uses them all the time for want of a better system.

When I asked bud processors about this gap, some had theories about what the proper cannabis moisture content should be, but few were even willing to venture a guess when it came to quantifying a particular sample. Processors also had theories on the proper humidity (and temperature) of the drying, curing and storage areas and use automatic climate control to control those factors.

One way to measure the moisture percentage of a leaf or bud is to weigh a small amount and place it in an oven at 80 degrees until it’s crispy and dry. Then measure the difference between its pre and post-oven weight and divide that number by the original weight of the wet material — the resulting number is the percentage of moisture.

A hundred grams of dried, un-manicured buds were weighed out, then placed in a low-temperature oven until they were crispy. When they were weighed again, their weight came to 91.5 grams, a difference of 8.5 grams from their pre-treatment weight. Taking 8.5 divided by the weight of the original, results in the percentage of moisture (8.5 percent) in the un-treated bud.

If there was an objective tool that could help with this chore, processors would have a more accurate assessment — one that wouldn’t require the skill of an artisan to use, just the eye of a trained worker.

Recent experiments I’ve performed show that there is an objective way to measure moisture content using a wood moisture meter. I’ve been using one that has a touch pad and it’s been giving an accurate reading based on the subtractive test described above. 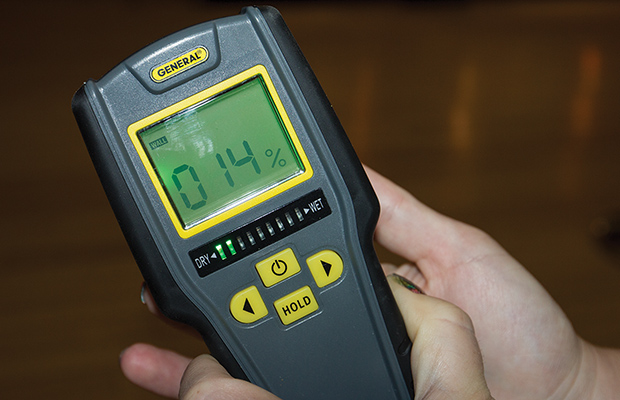 There are at least two styles of moisture meters. I prefer to use the sort that comes with two probes, about 1-1½ inches apart and sticking out less than half an inch, with a touch pad sensor.

I get the most accurate results when I set the meter on the “softwood” setting and hold the material firmly against the pad with a piece of hard plastic — the readout takes about a second.

And even if the actual number isn’t strictly accurate, as long as it’s consistent, it can be used as a standard. In the cannabis community there has been a widespread opinion that 12 percent moisture is a good content of water for smoking in a joint that won’t go out — it’s also the percentage at which small sticks audibly snap.

If you have tested the meter against these two subjective but accurate tests and the meter reads 12 percent, all is well. Should the meter have a different readout, but one that’s consistent, you will still always know the bud is ready when it hits that number, provided the other criteria are met.

Excepted from “Marijuana Harvest: Maximizing Quality and Yield in Your Cannabis Garden.”

TELL US, do you know how much moisture is in your marijuana?