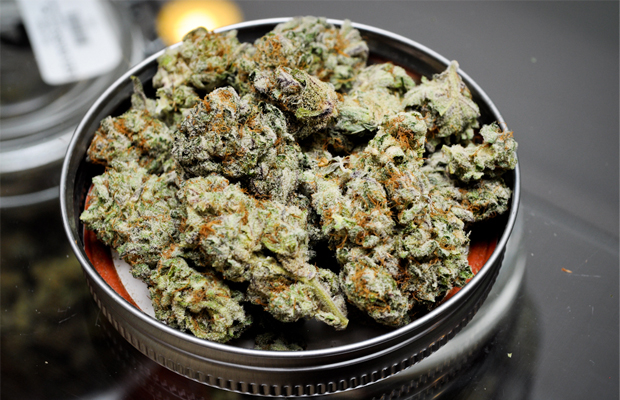 There are two major factors that contribute to cannabis consumers’ drive to maximize their stash: high prices and low potency. Fortunately, one solution addresses them both. It is so simple as to sound trite, but so effective as to warrant mentioning. Potentiation, or the process of making a substance more powerful, can make an expensive high last longer and make low-quality weed produce a stronger effect. And the methods to achieve this can be astonishingly simple, and even delicious.

One of the easiest – and tastiest – ways to potentiate cannabis is to eat over-ripe mangoes. Mangoes contain high amounts of a terpene called myrcene. Myrcene is believed to aid the potency of pot by enabling THC to cross the blood-brain barrier more efficiently. Lemongrass and verbena, both easily ingestible in tea and other forms, also possess large amounts of myrcene. Just eat the over-ripe mango or drink the tea 45 minutes to one hour prior to inhalation for an instant high enhancer.

Another way to amplify a high that is equally yummy sounds almost too good to be true: Dark chocolate. Cannabis and chocolate have gone hand-in-hand for decades, most commonly in the form of pot brownies and medicated chocolate bars. And research shows there’s a reason that chocolate has such a synergistic relationship with weed. Chocolate causes anandamide, the brain’s built-in bliss chemical, to take an extraordinarily long time to break down, prolonging the euphoria pot produces in the process.

But not just any chocolate will have this effect. Milk chocolate possesses almost no actual cacao, and will therefore have no impact on a ganja experience. However, eating dark chocolate 30-45 minutes before ingesting cannabis noticeably prolongs the high. The key is to eat the darkest chocolate possible — 70 percent cacao might be a good number to shoot for, but go higher for a more pronounced effect.

A quick trip to the vitamin aisle can also maximize your stash inexpensively and effectively — 5-HTP supplements are said to produce a more powerful high by increasing endogenous levels of serotonin. Likewise, some cannabis explorers say that taking a large dose (anything over 1 gram) of Omega-3 fatty acids, specifically DHA and EPA, 30 minutes before lighting up can reliably boost a buzz. Be warned, though: 5-HTP can have contraindications with anti-depressants and other medications, so check with your health provider before trying this one.

Also worthy of mention are two other, less accessible substances that can aid in taking cannabis to the next level. The aptly-named kanna is a South African succulent known to be a natural anti-depressant. Not only is it reported to extend the effects of cannabis, but research reports that chewing kanna furthermore enhances a low-grade high. Some cannabists report that it makes indica highs feel more grounded and lucid. Kanna is available for purchase online through shamanic herb suppliers in powder form. For best results, simply sprinkle the powder over buds or even ingest a pinch of it sublingually. It’s worth pointing out that since it is a natural anti-depressant, kanna is an SSRI. That means those currently taking anti-depressants shouldn’t try this without checking in with their health care provider.

Curcumin, the active ingredient in tumeric, has more than just noted cannabis potentiation effects. Not only can it enhance a high – some say to the point that it feels like getting high for the very first time – but curcumin is also being actively studied by several universities for its anti-cancer effects. Although research is in its infancy, combining curcumin with cannabis could be not just a pot potentiator, but a potent cancer-fighter. One drawback to using this substance simply as to potentiate weed is that accessing curcumin requires a potentially messy extraction process. Likewise, as with kanna and 5-HTP, curcumin is an anti-depressant as well as MAO-inhibitor. Again, a visit with a health provider may be in order for those taking anti-depressant medications.

But the least expensive, healthiest and most beneficial way to heighten a high? Believe it or not, it’s exercise.

A recent study published in the journal Drug and Alcohol Dependence found that THC levels in the brain increased by 15 percent after regular cannabis consumers did a little cardiovascular exercise prior to toking up. Participants did only 35 minutes of cardio on a stationary bike to get this effect. Getting in shape can get you higher? I’ll vape to that.

Disclaimer: I’m a stoner, not a doctor. Not all of these substances are right for everyone. Check erowid.org and talk to a health care provider before indulging in any of the aforementioned combinations.

What have you found that potentiates or has synergistic effects with cannabis? Tell us in the comments below.