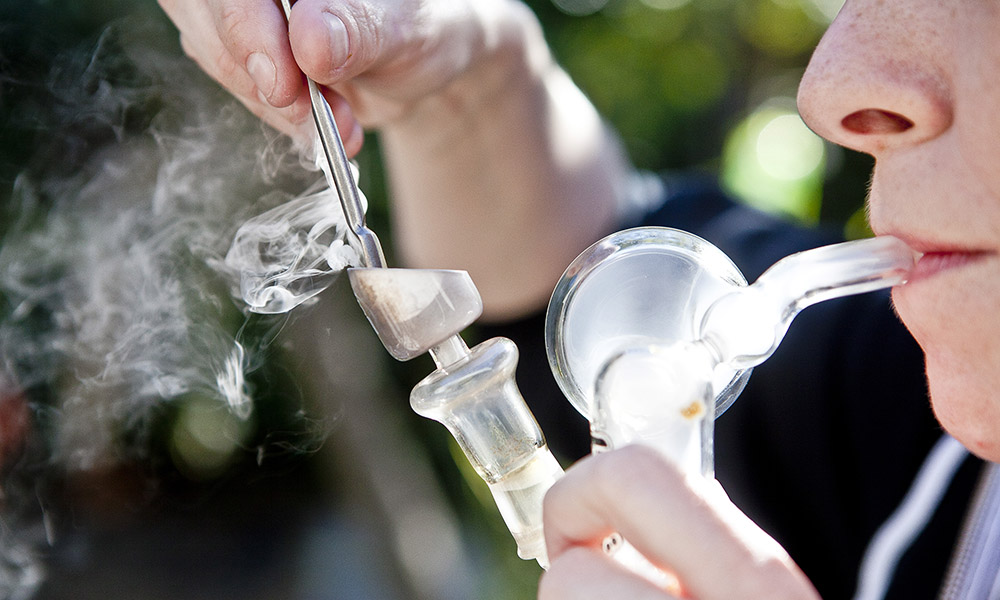 After simply enjoying the festivities at the Emerald Cup for so many years, this harvest season, I had the opportunity to take part in the world championship of sungrown marijuana as a BHO judge.

It all started when I ran into the head flower judges, Cannabis Now contributor Nikki Lastreto and her partner Swami Chaitanya. The pair also founded Swami Select together. Whenever I see any of the Emerald Cup judges, I’m hoping to talk shop, whether it’s Nikki and Swami or the judges of any other category. Anyone in the position tends to really have their head around what they’re judging, and more importantly, knows exactly what they are looking for in their quest to define what makes high-quality cannabis.

In the process of our chat, Nikki and Swami informed me there was an application process to judge the Emerald Cup this year. I went home and immediately filled out everything, linking to articles I’ve written that I hoped might provide some relevance. The application required picking two categories of cannabis products that you were applying to judge. I picked flowers, and then without hesitation, I picked BHO. It was almost instinctual and I didn’t even think about it.

Eventually, I got a call from an organizer at the Emerald Cup. She informed me that I had been selected to be a BHO judge. I thought there had been some kind of mistake — someone more deserving was certainly meant to get the spot — and so I declined. Then after hanging up, I remembered I’m the person that writes The Year in Globs!

I called the organizer back and she said they were hoping I’d change my mind! Crisis averted!

In hopes of keeping the BHO judging teams’ carbon footprint to a minimum, I got the names of the other judges in hopes of carpooling up to Mendocino County to kick things off. I got a list of straight champions.

First, there was Kitt Hall — who helped launch the first high-end lounge in San Francisco, has been involved in the dab scene since its earliest days and helped found California’s original boutique concentrate delivery service. I ended up rolling north with Hall to the judges’ meeting. Hall has a sweet vintage clothing store Trove SF on Haight Street in San Francisco too!

Second, Ted Lidie from Alien Labs always worked with only the finest extract artists on the planet when dealing with his own material, so I knew he’d provide a refined eye. There is a solid argument to be made that he is one of a handful of people that really established Sacramento as a place with quality cannabis in recent years.

Third, April Black has been following the globosphere for a decade. I first met her and the rest of the High Times 2000s crew back at the Freedom Rally in Boston as a young student activist. She got a kick out of it when I recalled watching High Times’s editor Rick Cusick get arrested with NORML founder Keith Stroup for puffing on the Boston Common. She’s since founded Higher Way Travel and her husband Bobby Black, one of the original journalists covering dabs in the late 2000s, helps out on the project.

Fourth, glassblower Chris Hanson was certified as a terp ninja in my eyes when cannabis consultant Sam Edwards found out I was judging BHO and told me about Hanson’s prowess. I have complete faith in Edwards’s opinion on most cannabis subject matter (he was judging flowers this year for the Emerald Cup after a few years judging distillate). Hanson proved to have an extremely refined palate and general love of hash. A lot of the chats that kicked off over the course of the week amongst all the judges came from his commentary.

“I have enjoyed judging the Emerald Cup the past few years, but really enjoyed judging the BHO this year,” Hanson said. “I really appreciated the companies that brought new and different flavors to the table. I was relieved to see very few Diesel mixes, but was surprised by the amount of Jack [Herer] that that ended up in things that shouldn’t have that flavor.”

The final judge was Todd McCormick, a legend. The Pot Prince of Bel-Air has been one of America’s leading patient-advocates for nearly 30 years. Back in the day, when people like Jack Herer and Dennis Peron were arguing about what the future of cannabis looked like, McCormick was literally sitting in the room taking pictures of it. He also loves dabs and I enjoyed his time on the Hash Church podcast back in the day when I was able to catch it.

We all met up together in Mendocino at the same place that the solventless judges were meeting. Four of us were the first people there, so we grabbed a spot in the corner. Eventually, one of the solventless judges came up to us and told us we were in the wrong spot, BHO judging would take place in the “bunk house.”

It turns out that it was just the name of the other house and not an adjective, so the comment wasn’t really the solventless superiority statement we thought it was. Eventually, they laid out all of our samples in bags on a bunch, and then everything got wild.

I took all of my 40-plus liquid BHO entries out and started judging immediately. Hall was the elder statesman of the group, having previously judged BHO at the cup. He looked up the old scoring system that focused on smell, taste, appearance, viscosity and effect. I decided to name it the STAVE system, and laughs were had.

We started judging as a team, but eventually separated a little bit. Around dab number eight, one of the solventless judges came over and asked how we were scoring.

“We’re using the STAVE system,” I likely mumbled and they looked at me confused for a second before Hall jumped in to explain.

The BHO team agreed on a lot in the early going. We only got to judge in the same room for a few hours, but then we stayed in contact throughout the week. We weighed in on samples, our likes and dislikes.

It would take me about 36 hours to make my first full pass at over 70 entries. From there, I narrowed the field down pretty quick, to 30 above average submissions, before I eventually decided my top five in liquid and solid BHO.

The other judges and I jumped on the phone with the Emerald Cup the Thursday before the competition kicked off on Saturday, Dec. 14. We all agreed on essentially everything. We’d basically come down to the same general groups of favorites we just had them in different orders and we usually had an outlier we liked better than the other judges.

It only took us about 45 minutes to hammer everything down. All of the judges were absolute pros.

“I have judged 12-plus cups and being invited to be an Emerald Cup judge was the highest honor,” Black said. “I take it very seriously, as this is people’s life’s work. What was most notable to me was that even though we judged independently of each other (with packaging on the entries), we all had the same selections in our top 10 — give or take a couple of personal flavor profiles that people liked. It goes to show that the cream always rises to the top.”

In the end, the cream did indeed ride to the top. The winners took top prize fair and square, and the Strawberry Banana Batter from ArcataX smelled like Barack Obama was president again.

TELL US, what is your favorite cannabis concentrate?

You may also like...
Related Topics:Cannabis, concentrates, emerald cup, Judging