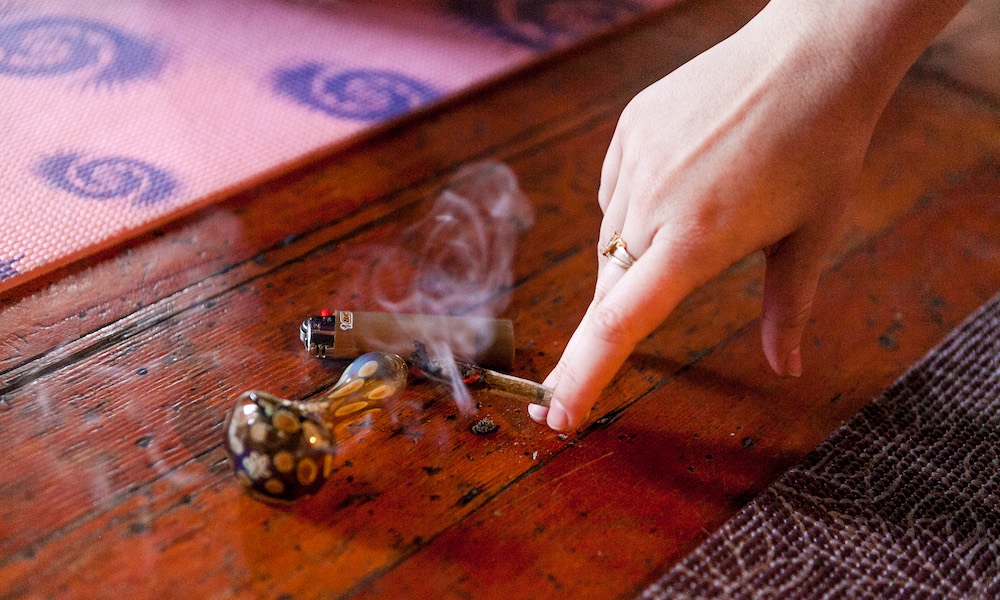 It’s the day after a fun social outing and you wake up feeling tired, drained and uninterested in doing anything other than vegging out. You’re headachey, foggy or a little more “blah” than normal. You think back on your evening and you don’t remember drinking that much or doing anything else that would make you feel so lethargic… but then it hits you. Whether you were smoking like a chimney all night or casually snacking on cannabis-infused edibles like they were run-of-the-mill munchies, you’re feeling the aftershock of too much THC.

Some people call it a “weed hangover.”

Surprisingly, alcohol isn’t the only substance that can have you feeling off-kilter after overindulging. Dehydration, the main culprit when it comes to booze hangovers, has been shown to have a short-term effect on brain function and cognition (things like such as attention and memory), according to one study. But there are a few conflicting reports when it comes to whether or not cannabis can cause you to experience hangover symptoms.

For example, another study determines that “marijuana smoking can produce residual (hangover) effects the day after smoking.” But a different study not only concludes that “marijuana smoking was not associated with a ‘hangover,’” but that “no evidence of residual subjective intoxication was found, and most of the behavioral tasks and mood scales were unaffected the morning after.” So, what’s the deal? It really depends on how cannabis affects you as an individual. Some people have never experienced a weed hangover, while others are all too familiar with the unpleasant condition.

Either way, if you feel like you just can’t get it together after one too many edibles, dabs, hits or the like, then there are ways you can help yourself recover.

Sleep It Off & Hydrate

With some rest and a little bit of patience, a weed hangover is so easy to kick that it’s barely worth worrying about.

As a general rule, the annoying or uncomfortable symptoms that stem from consuming cannabis past your body’s personal tolerance level will subside after a nice, long nap. Sleeping it off is the easiest way to let your body sort itself out without you needing to do much. But if you don’t have the option to take it easy, due to previous plans or obligations like “going to work,” there are some ways you can help weather the storm.

The next best thing you can do to dissipate your pot-pot haze is to hydrate. Because some other common symptoms include dry mouth and intense thirst, H2O is essentially your best friend. You can also try moisturizing eye drops or laying down with your eyes covered with a cool compress for a little while. And if you are experiencing mild nausea, you can try sipping on some ginger tea or peppermint tea to soothe your stomach. For brain fog, you can try sipping on some coffee, going for a brisk walk or even just moving around your living space to break through the fuzz.

In general, you should feel just fine the day after smoking, vaping, dabbing or eating cannabis and residual effects should normally include a need for more snacks and enjoying a good night’s rest. Yes, there may be times where do get a little higher than expected by accident, but it’s important to take learning about your personal tolerance level very seriously.

But if you find that you’re experiencing hangover-like symptoms often, then may consider cutting back a little bit, microdosing or taking tolerance break to reconsider how you’re consuming cannabis.

TELL US, have you ever had a weed hangover?

You may also like...
Related Topics:Cannabis, how to, THC, tolerance break, Weed Hangover

5 Simple Ways to Be a Sustainable Cannabis Consumer
Marijuana Is a Great Sex Enhancement, But Microdosing Is Key