Amidst the forested foothills at the junction of the Siskiyou and Cascade mountain ranges, a steeply terraced hillside garden sits resplendent with row after row of dazzlingly vibrant cannabis in magnificent full bloom.

On this south-facing slope in southern Oregon, chuffy colas gleam with vigorous vitality as they bask in the midmorning sun. A kaleidoscopic array glows in vivid shades of green, splashed with bright yellow fennel and dotted with plush purple buds radiating florid fuchsia pistils. The brilliantly hued varietals on display at Green Source Gardens did not acquire their exotic coloration by accident. Co-owner Elizabeth Luca-Mahmood says a joking motto around here is: “If it ain’t pink, it better stink!”

“And if you’ve got a pink bud that stinks, that’s what we call a keep-stink,” she says. “The Pinkleberry is a keep-stink.”

Overlooking an expansive vista from the top of the hill, the thick magenta Pinkleberry flowers are almost unfathomably luscious. Because these plants are grown from seed, each is a unique individual with slight variations from her sisters.

“I love watching it grow, and the smell is all piney and so good, and then you’ve got that deep relationship with it when you smoke it,” Luca-Mahmood says. “[The high is] really zingy, heady, active. It gets your brain flying, which I love when I’m cleaning the house, or I need to go out and do some monotonous task or something. I like that zinginess.” These gorgeous specimens have achieved Instagram fame, with glamour shots routinely garnering thousands of likes from more than 40,000 followers.

Among those drawn to the pretty pink pictures are Kelly Dunn and Josh Sarvis of Dragonfly Earth Medicine, who share a passion for breeding colorful plants.

Dunn recalls how she and Sarvis came across Green Source Gardens through Instagram and quickly realized they were kindred spirits.

Dunn says that when she and Sarvis traveled down from British Columbia to the 2015 Emerald Cup in California, they visited several farms they believed to be “truly regenerative,” among them, Green Source Gardens. “We’re a little bit picky about who we give our genetics to,” Dunn says. “We want to know that they’re going to be grown with pure cultivation practices and the utmost respect.”

Both Green Source Gardens and Dragonfly Earth Medicine exemplify an approach that goes beyond organic to produce the cleanest cannabis possible using methods that improve the health of the ecosystem.

When Dunn and Sarvis met the Mahmoods, they knew Green Source Gardens was a perfect fit for Dragonfly Earth Medicine’s “DEM Pure Certificate,” which recognizes farms that meet the highest standards for regenerative growing practices.

After trading seeds last December, the couple grew a few of Green Source Gardens’ strains at Dragonfly Farm this past season.

Dunn said she’s particularly pleased with Willy’s Goo, describing it as “tremendously purple,” with an aroma of “crushed grapes and dusty cedar closets.”

“This is the combination I wanted,” Luca-Mahmood says. “The structure and the density and the resinousness of the Chem 4 but you get the pinks of the Pinkleberry.”

One plant in particular catches her eye.

“Oh, that one is amazing,” she says, pointing at the impressive specimen. “It’s gotten so fat! Look at that!”

Nick Mahmood examines it thoroughly, leaving the tip of his nose sticky with resin.

“That smells like Chem 4,” he says. “This has the dank, disgusting, wonderful smell of Chem 4. It’s so gross; I love it! Doesn’t it smell like an ancient ship filled with rotting limes?” 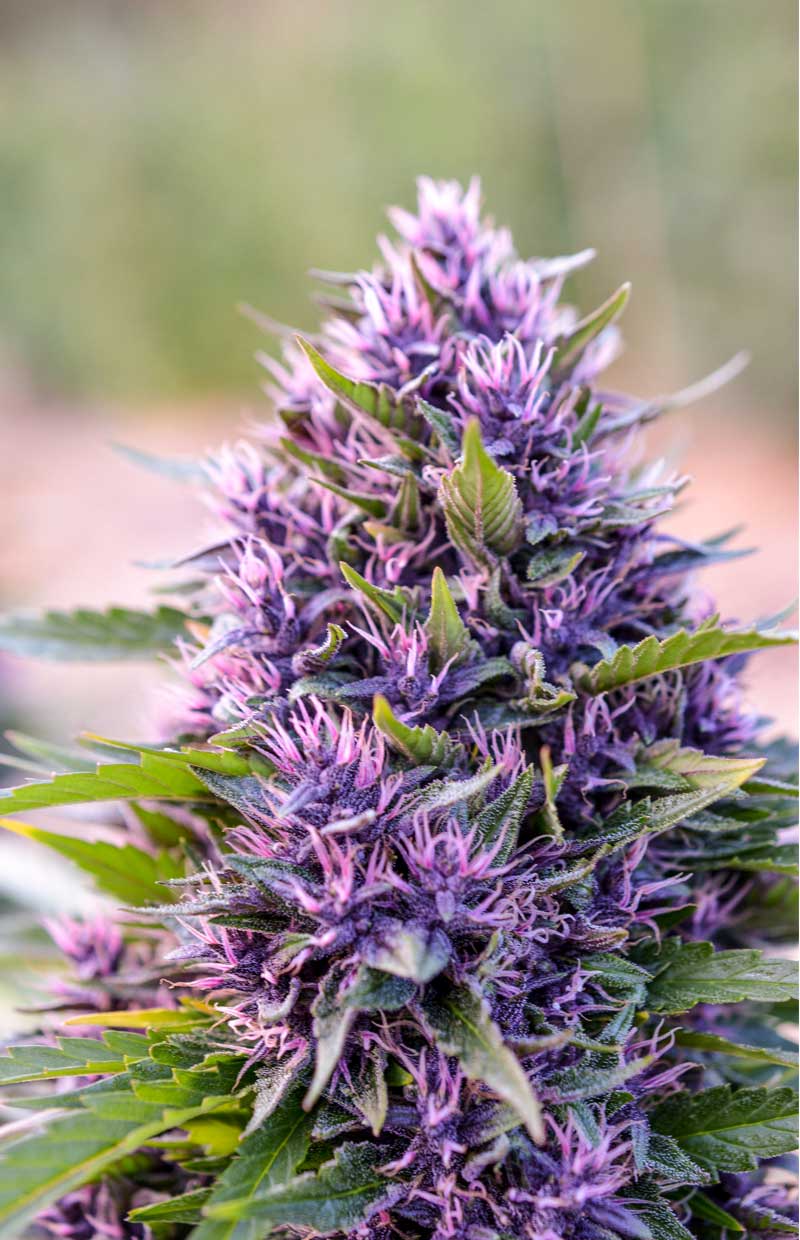 At the farm, more than 900 cannabis plants are interspersed with a cover crop of comfrey as well as pineapple weed, salad burnet and plantain running wild.

Since Green Source has been issued a license for recreational production by the Oregon Liquor Control Commission, they are no longer limited by plant count. Now they are free to grow as many as they want within a set square footage, which has always been their dream.

“It’s such a better way to be able to work because you can grow out thousands of starts instead of just a few hundred,” Luca-Mahmood says. “So you can really experience the diversity and genetic spectrum that exists in your seed bank. That gives us a lot more opportunity to develop strains, and so we’ve been growing smaller plants here but much higher numbers.”

And unlike the massive trees found at many pot farms, these are modestly sized bushes.

Luca-Mamood says she loves the smaller plants, because they require little to no trellising and are easier to harvest.

“They get to be healthier because they’re not trying to maintain this giant structure,” she says. “And they still flower really nicely.”

This is the end of their first season on this land, so everything is an experiment. Last year, when the Mahmoods acquired the property, it was a barren hillside that had previously been mined for gold, heavily logged and overgrazed by ranchers.

Testing the soil indicated that it was free of chemical contamination, but the serpentine bedrock made it less than ideal for cultivation. Having spent the past six years growing medical marijuana on flat bottomland, they welcomed the challenge.

Despite its initial lack of fertile soil, the location suits their needs. The climate in this region is optimal for cannabis. The surrounding second-growth forest offers biological diversity. And at 2,000 feet in elevation, Green Source Gardens is at the top of the watershed, with access to pure mountain water unpolluted by agricultural pesticides. 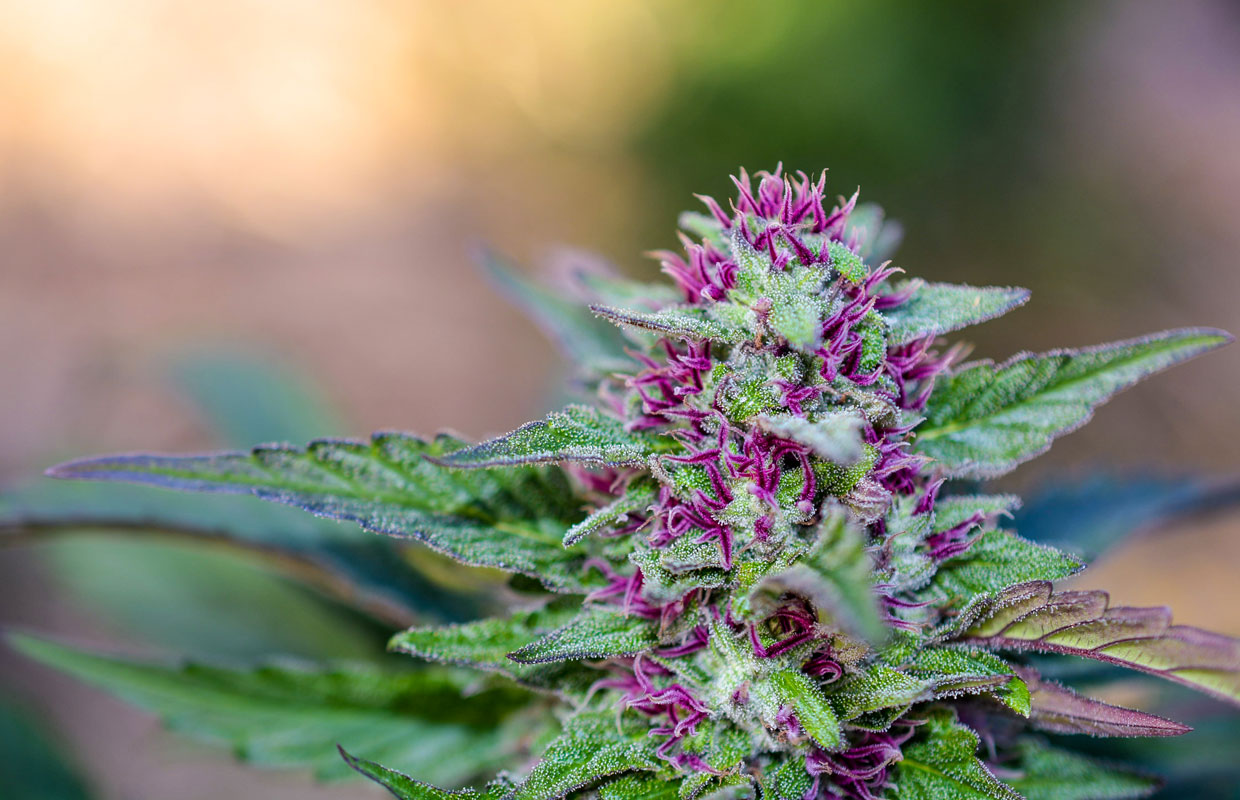 Rather than clearing the area and bringing in large pots filled with store-bought soil, they used a technique called hügelkultur that involves building raised beds from compostable material.

They gathered the compostable material from their 80-acre parcel, burying logs and other decomposing organic matter to form mounds. They covered these with straw and a layer of manure produced by their own small herd of goats, sheep, llamas, donkeys, chickens and a cow.

Relying on locally available resources reduces expenses and avoids the negative environmental impact that comes from commercial production and shipment of soil amendments and fertilizers.

“We want to provide something that is defining a place. We’re not depending on anybody else,” Mahmood says, though Luca-Mahmood did clarify that they do source raw materials from other local farms. “I think people can tell there’s something different about cannabis from Green Source Gardens, because it is a life-based, zero-commercialized product.”

He says that feeling people get comes from the broader social and environmental mission of Green Source Gardens.

“It’s grown with that intention of recovering health to the planet. That is where the highest quality will come from — from a space that’s brought into health, and not from a commercialized perspective, from a perspective of caring and wanting to nurture a scene to be healthier,” he says. “And I think that transfers.”

TELL US, do you prefer outdoor or indoor grow?

You may also like...
Related Topics:Cannabis, grow, In The Magazine, issue 25, Oregon, Outdoor Cultivation

Cannabis Use in Hospitals Is Still Prohibited, Despite State Medical Pot Programs

NFL Says Players Can’t Use CBD Because Science Is Whack