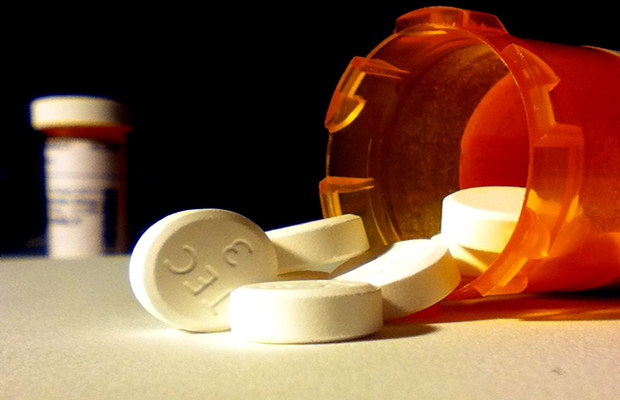 Although recent studies have shown that overdose deaths from prescription painkillers are on the decline in states that have legalized medical marijuana, the two-bit scoundrels of the United States government would still rather stroke the interests of the pharmaceutical industry than embrace the therapeutic properties of the cannabis plant.

The U.S. Food and Drug Administration (FDA) has put their seal of approval on a new implant called “Probuphine” that, when used in correlation to a drug treatment program, is supposed to help those people suffering from a vicious addiction to painkillers never to return to the gutters again. The implant is buried under the skin where it is used to administer a consistent dose of a drug called Buprenorphine, an opioid-based medication developed to, well, put a leash on opioid addiction. It’s sort of a cause and the cure type of situation.

Although Buprenorphine has been available in pill form for sometime, the latest FDA approved delivery method is intended to make addicts less accountable for their recovery by putting medication under the skin, giving them no choice but to have their veins soaked with low doses of more opioids for a period of six months. This process is said to curb cravings and withdrawal symptoms by keeping the addict on a constant dosage schedule – eliminating the possibility of a patient forgetting to take a pill.

Strangely, government health officials believe this concept is a huge step forward in curbing the painkiller epidemic, which the Centers for Disease Control and Prevention claim is killing roughly 78 people per day. In fact, the latest statistics show that at least half of the drug overdose deaths in the entire nation are the result of prescription opioids.

“Opioid abuse and addiction have taken a devastating toll on American families. We must do everything we can to make new, innovative treatment options available that can help patients regain control over their lives,” said FDA Commissioner Robert M. Califf, M.D. “Today’s approval provides the first-ever implantable option to support patients’ efforts to maintain treatment as part of their overall recovery program.”

Sadly, while Uncle Sam works to control the junkie kingdom with the very medicine that its inhabitants are trying to kick, marijuana — a substance that been shown effective in taming the death rates among pain pill addicts — not only remains illegal in the eyes of the federal government but it also comes branded with a tagline that suggests the herb has no medicinal value. A 2014 study published in JAMA Internal Medicine indicates that fewer people are dropping dead from prescription overdoses in states that have approved medical marijuana programs.

“We found there was about a 25 percent lower rate of prescription painkiller overdose deaths on average after implementation of a medical marijuana law,” lead study author Dr. Marcus Bachhuber said of her team’s findings.

Nevertheless, while the FDA claims to understand that patients are turning to marijuana in an attempt to satisfy “unmet medical needs,” the agency has “not approved marijuana as a safe and effective drug for any indication.”

What do you think? Could cannabis provide a better solution to treat opioid addiction?

Veterans are Winning the Legalization War
The U.S. Must Create a New Schedule for Cannabis: An Open Letter the U.S. Congress