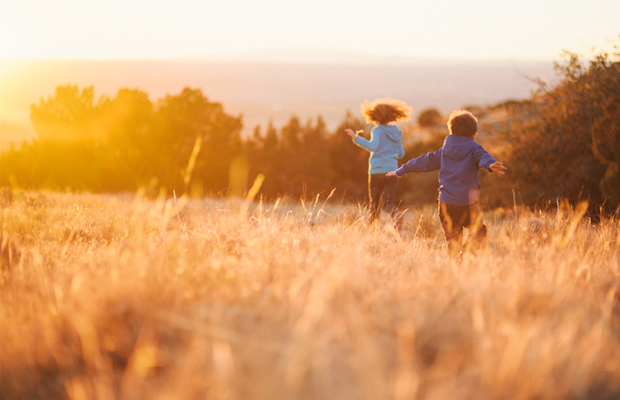 The march of progressive marijuana legislation is a wonderful thing to behold. There are 23 medical states including the District of Columbia and Guam, 17 states (plus D.C.) where cannabis is decriminalized and four states including D.C. have gone for recreational legalization. All of these major changes have happened in less than 20 years — an unusually fast pace for social issues. The speed of change has continued to increase, with projections that the majority of the country will have medical marijuana programs within five years and that legalization will hit the tipping point by 2025. However, these landmark bills largely concentrate on criminal, not civil, matters — and that leaves parents at great risk of being left behind as second-class citizens.

Regardless of these changes in the law, parents continue to face Child Protective Services (CPS) over their children’s medical cannabis use or their own medical or recreational marijuana use, which family courts consider as a factor in child custody disputes. This has created a problem throughout the country. Parents who use cannabis medically or recreationally face the traumatizing experience of being forced to go through CPS investigations or assessments for child abuse and/or neglect; participate in service plans that include requirements such as substance abuse rehabilitation, parenting classes and regular and/or random drug tests; possible removal of children from the family home and even (permanent) termination of parental rights.

There is little due process available to a parent caught in this system.  In many states, court-appointed attorneys aren’t provided until termination hearings. Even in court hearings, including ones in which the continued custody of their children is at risk, parents must pay for a private attorney or represent themselves. While some states do provide an attorney when a CPS case becomes a court matter, no state provides representation against CPS in cases that never go to court, which is the majority of them. There are also no states that give a right of representation to parties fighting over custody in family court.

Nonetheless, CPS and custody cases can continue indefinitely, making parents jump through endless hoops in order to claim their parental rights.  In truly Kafka-esque fashion, some of these CPS actions are based only on an assessment of future risk — that is, the chance that the parental use of marijuana might maybe at some point someday cause the child to become abused or neglected. Even a single assessment or investigation can put a parent on their state’s Central Registry for child abusers, which can affect their ability to gain any employment involving children or even chaperone their children’s field trips.

The process generally begins when a report is made to CPS by a professional required to report child abuse or neglect, like a health care worker, teacher, or coach. Sometimes reports are even made anonymously by anyone who has a bone to pick against a family, such as an ex-partner, former friend, landlord or boss/employee. There are a wide variety of interpretations of mandated reporting laws and it may be that the report isn’t mandated, but many reporters believe (or are taught) that it is. It doesn’t matter if the mandated professional believes that marijuana use doesn’t equal bad parenting. When a report is made to CPS, caseworkers often have little choice but to get involved.

CPS must adhere to a myriad of laws, regulations and policies as detailed on Family Law and Cannabis Alliance State Profiles Project, which treat any cannabis use by parents as evidence of child neglect. These policies, along with the Drug War ideology within CPS and the financial incentives between government agencies, result in significant, overwhelming caseloads for CPS social workers, with many cases solely about marijuana.  Meanwhile, legitimately abused and neglected children known to CPS are dying at unprecedented rates.

Although there’s no discernable effect on infants from prenatal marijuana exposure and a variety of clinical studies failing to document harm, women who give birth to babies who then test positive for marijuana also face a myriad of possible outcomes. Consequences could range from investigation to removal of their newborn from their custody for having a so-called “substance-exposed newborn.”

Still, certain criminal laws fall outside the realm covered by marijuana reform statutes. In some states like Alabama, Tennessee and South Carolina, pregnant women who use marijuana can be arrested and charged for “harming” their fetus based on a newborn testing positive for marijuana.  In most cases, the charge is criminal child endangerment charges on top of various cannabis charges in those states where medical and/or recreational use remains illegal.

Women who breastfeed their infants (including medical marijuana patients) have also faced such charges along with allegations of “delivery of a drug to a minor.” Usually, they become embroiled in CPS proceedings as well, despite clinical studies both showing the lack of good science backing up the claim that breastfeeding while using marijuana “harms” a newborn — and indeed, the fact that cannabinoids occur naturally in breastmilk to aid the baby’s appetite and sleep regulation.

A national movement called “Drug Endangered Children” or DEC was originally borne out of kids’ exposure to meth labs but which now goes after cannabis and any other illegal drug. It’s a political movement closely aligned with Kevin Sabet and his “Project SAM,” based on the notion that anyone who uses marijuana is likely to neglect and/or abuse children as well as on unfounded, unscientific claims that any exposure to cannabis is itself harm.

Headquartered in Colorado, DEC proponents have repeatedly tried to influence the law in this area via the Amendment 64 Task Force and separate legislation targeting parental cannabis use in a number of sessions. They have field offices in many other states. Their aim is to continue to punish parents who use marijuana for any reason and even create new penalties that apply solely to parents.

Parents in medical or legal jurisdictions often feel a sense of safety, allowing them the freedom to speak openly to mandated reporters or at events such as PTA meetings with other parents.  This activism and advocacy from parents is crucial to change — particularly from mothers, who need to convince other mothers and women in general to support reform at a time when women are underrepresented in the fight.  But there’s little, or nothing, protecting them.

My organization, Family Law & Cannabis Alliance, has seen an uptick of CPS and custodial cases in states with progressive marijuana laws. Some states have parent-protection provisions in their laws, but these provide CPS and courts with enough wiggle room to disregard them. While FLCA works on fixing that, parents are left with no security over their supposed medical or legal use.

All of this makes parents the only people left still penalized — and thus second-class citizens — in the new marijuana landscape. Whether this is allowed to continue and affect families will either be up to reformers or to the prohibitionists fighting the last gasp of the war on marijuana.

Are you a parent who smokes cannabis? What do you think about the laws in your state? Tell us in the comments.

Cannabis Trends to Look Out For in 2015
Marijuana Decriminalization Works