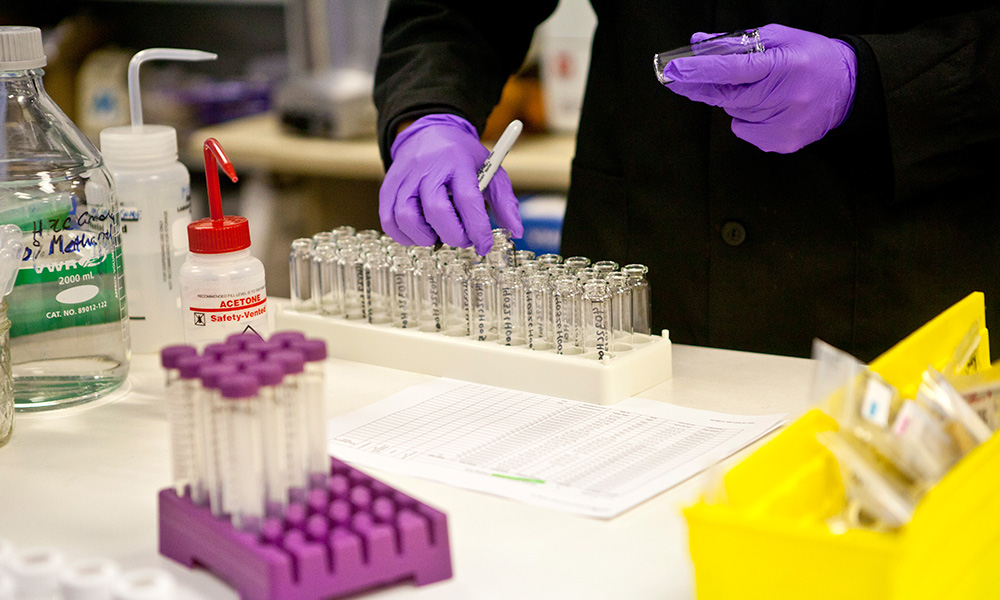 The OLCC’s statement on the action noted that EVIO Labs entered a settlement to surrender two of its permits instead of going to hearing to plead their case.

According to the OLCC, samples sent to labs are divided in half, with one half of the product tested and one retained in the event of the need to retest. Usually, there is no need to re-test, says the OLCC, so after about 40 days the retention samples are to be properly disposed of. That’s where EVIO got into hot water.

“The licensee disposed of the retention samples by giving them to employees to take home for personal use, in violation of OLCC rules,” read the state’s synopsis of what happened.

The charges from the state broke down into various violations dating from January to December of 2017. The first violation was around the transporting or disposing of marijuana after testing, extracts left over in samples, and the way those products left the premise.

The next problem that arose for EVIO was the way things were tracked. The state says the laboratory intentionally failed to enter data into the METRC Cannabis Tracking System — which is supposed to fully and transparently account for all inventory on the premises — when they failed to disclose it was transferring retention samples to its employees to take home.

The state also says due to the samples leaving, inventory wasn’t properly reconciled on a daily basis at the close of business. They had been designating the samples as destroyed in the METRC system, which was obviously not the case.

In the terms of the agreement to surrender, the state noted the standard sanction for these kinds of violations was license cancellation, but they had already been surrendered pending full approval of the OLCC at its January meeting.

Chief Operating Officer Lori Glauser explained to Cannabis Now what happened in Oregon in a phone interview following the OLCC announcement of the surrender. Glauser was accused by the OLCC, along with EVIO’s Chief Scientific Officer Anthony Smith, of pressuring and encouraging employees to conceal the practice of taking home the samples.

“In 2017, we had some employees that were taking waste product from the lab and taking it home for personal use,” Glauser said. ”So that’s what happened. OLCC didn’t like that obviously. They proceeded to submit some violations.”

While all this was happening in EVIO’s laboratories in the Oregon cities of Eugene and Bend, Glauser says EVIO was already re-evaluating the numbers available to them in the Oregon marketplace in recent years.

“We had decided to close those labs for a number of reasons, primarily economic,” she said. “We had consolidated into Medford and Portland. When the violations came down, we had an option to go to [a] hearing and state our case, but what we decided what to do was say we’re just going to surrender these licenses and move on.”

Glauser thought the state’s take was a bit harsh and one-sided, “but that said, we do admit to  this happening and regret it.”

EVIO has since established various new protocols so they don’t have a repeat performance of what happened in Eugene and Bend.

“As soon as we realized what was going, and realized what we had to do, we went into updating procedures, updating training,” she said. “Staff was changed. Our management structure was changed. We implemented new systems, so we took every measure to make sure this doesn’t happen again.”

Glauser says when they were the first contacted by the OLCC, they mentioned they may be moving on from the labs in those cities. The OLCC’s decision ended up being a factor, but not the primary one.

“We were moving out anyway, and we chose to take that path in lieu of a hearing and negotiating fines,” said Glauser.

TELL US, do you know where your cannabis gets tested?