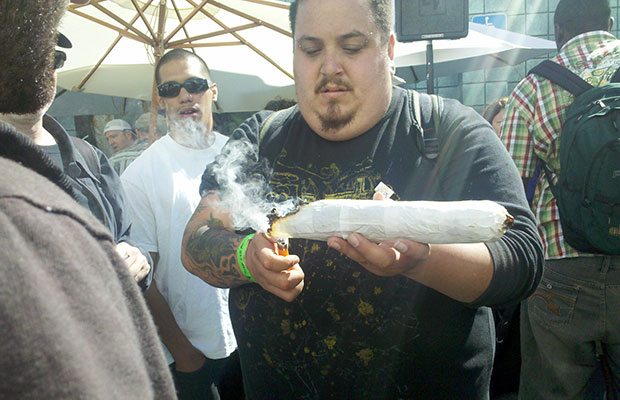 Cheech and Chong couldn’t answer that quandary, and in the meantime, nobody knows what a “lid” is anymore. A better question: How many joints are in an eighth? That is, a 3.5-gram eighth? About 11, according to science — which is “much smaller” than previously thought, according to Science Daily.

That’s almost one-third the size of the free pre-rolls occasionally on offer at your local dispensary — but a much bigger and more important issue than you may think.

Previous “official” estimates used by government agencies declared that joints contained 0.5 grams of cannabis. That’s the number used by the U.S. drug czar at the U.S. Office of National Drug Control Policy, and it’s also an estimate also hit upon by an earlier RAND Corporation study — meaning, if states that legalized cannabis were planning on tax revenue based on any consumption estimates, those estimates could be off by nearly 50 percent.

There are also consumption estimates to consider when determining things like possession laws.

“Major policy decisions depend on the answer,” observed University of Pennsylvania criminology professor Greg Ridgeway, the co-author of the now-definitive joint study.

To come up with the 0.32 gram-joint, Ridgeway and colleague Beau Kilmer of RAND Corporation — the same RAND that issued and then retracted a study declaring that medical cannabis dispensaries do not cause crime — took a look at data from 10,628 marijuana-related drug transactions over an 11-year period, details from which were available via the U.S. Justice Department’s Arrestee Drug Abuse Monitoring program.

From this, they received anecdotal statements like, “‘I bought four joints and paid $20,'” Ridgeway told Science Daily.

Those declarations were then coupled with an “economic model… to untangle weight and price” — and it “all boils down to about 0.3 grams, which is much less than previously thought,” he said.

Not to say that all 0.3-gram joints are created equal. The study, published in the August issue of Drug and Alcohol Dependence, does not account for potency of the 0.3 grams in question. And since it’s analyzing data from incarcerated cannabis users, it’s data based entirely on the black market — and not modern-day cannabis industry trends.

Nonetheless, it’s first-of-its-kind data which means if your average eighth disappears after twisting up just a few, you may have been rolling really big joints all along.

Now if only someone can figure out the size of an average dab, we’ll have all the answers to the big questions.

TELL US, have you ever smoked an eighth in one massive joint?

You may also like...
Related Topics:blunts, Cannabis, Cheech and Chong, eighth, joint

Feds Approve Study to Analyze Dangers of ‘Spice’
Three A Light: The Book That Will Help You Grow Astonishing Cannabis