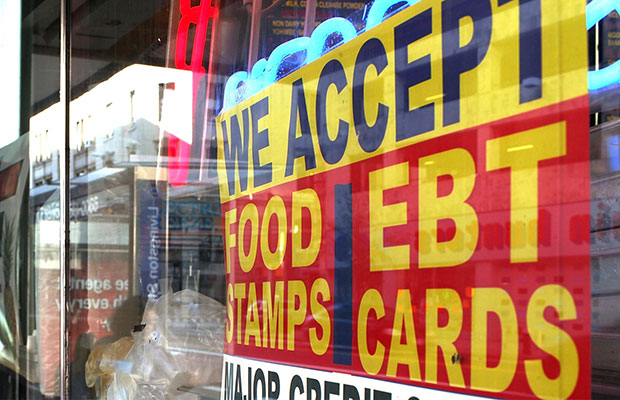 Rocky Mountain stoners may be using food stamps to buy weed, and although this potential trend appears to be nothing more than paranoid folklore on behalf of Colorado lawmakers, they have insisted in taking steps to ensure potheads on public assistance never get high on the government’s dime.

Republican party members recently submitted a proposal – Senate Bill 37 — that would serve as an amendment to an existing law, incorporating Colorado’s retail pot shops in a ban against using food stamp cards in establishments like liquor stores and strip clubs.

The fear is that dispensary patrons could use electronic benefits to fund marijuana-infused edibles and beverages.

Concerned legislators say that while they do not have any knowledge of incidents involving people using EBT cards to purchase marijuana, a modification to the current law is necessary to clarify the boundaries of the law.

“We need this bill, if for nothing else, as a statement,” said Representative Jared Wright. “We shouldn’t be enabling anyone to buy a substance that is banned under federal law. It’s not a good use of taxpayer money.”

Insiders from Colorado’s legal marijuana industry say they are not aware of customers using or attempting to use government assistance to buy cannabis. “I’ve never heard of it. We’ve never seen it in any of our locations,” said Ryan Cook, manager of the Denver-based retail marijuana chain The Clinic.

Nevertheless, it appears Senate Bill 37 will move forward. Federal law already prohibits the use of EBT cards for the purchase of alcohol and tobacco as well as excludes businesses that offer adult entertainment and gambling from facilitating electronic withdrawals.