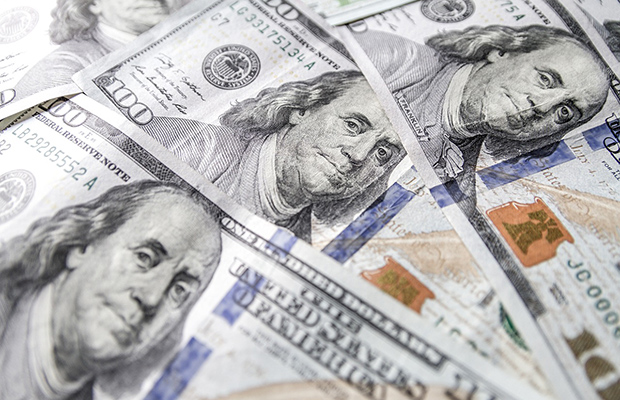 The business world is full of phrases and aphorisms that are often deployed like excuses, with explanations that don’t require further thought. “The cost of doing business” is a fine example. Why must we acquire a driver’s license and pick up insurance before we can go motoring? Pilgrim, that’s the way of the world — er, the cost of doing business. Well, the cost of business for is about to go up for operators in California’s cannabis industry.

This particular “cost of business” phrase is often usually an idiomatic way to complain about the high cost of onerous and needless government regulation. But in the world of legal cannabis, “the cost of doing business” is both an idiom — and it’s also literal. In California, the many costs of doing business in marijuana may cause retail cannabis prices to soar by as much as 70 percent — a cost that will soon be passed onto the consumer.

This past weekend, Fitch Ratings, a global credit-ratings firm, released a report analyzing California’s marijuana market, which will be subject to new, never-before-seen taxes and regulations beginning in January. These include a new 15 percent excise tax, a per-ounce cultivation tax, and new pesticide and quality-control regulations. In some jurisdictions, marijuana sales will be subject to a combined tax rate of 45 percent.

Add everything else, and the cost of participating in the weed business could cause the price of an eighth to rise by as much as 70 percent, FORTUNE magazine estimated.

Fitch believes that these high prices will keep legal marijuana sales down and be a boon to California’s black market — which is as active as ever, even absent of these new, higher-than-ever costs. According to a highly circulated report prepared for the state released in August, California marijuana farmers produced 13.5 million pounds of cannabis in 2016 — and an estimated eighty percent of that harvest was sent out of state to be sold on the black market.

More of that black-market cannabis will stay local, the reasoning goes, as consumers react to new price points on the regulated, taxed and tested market with sticker shock.

Other states have had similar experiences. In Washington, the average price of gram of dispensary-bought cannabis briefly exceeded the $30 mark in 2013. This was mostly a problem of supply: Too few growers met the new, strict standards. And then, true to another basic building block of knowledge, there was an equal and opposition reaction: Producers flooded the market with cannabis.

Now, four years on, retail prices in Colorado, Washington, Oregon and other places where cannabis is sold-over-the counter are lower than ever. In Washington, the average cost of a gram dropped from $30 per gram to just above $10 —and in Colorado, marijuana prices dropped an astounding 40 percent year-over-year, as The Cannabist reported.

So, which way is California going to go? High taxes are nothing new in California, where everything sold within state borders is subject to levies that would seem criminal in other states. Still, as things stand, California cannabis would be subject to some of the most expensive taxes in the country, Fitch noted. Other states have been forced to tinker with taxes following Day 1 of legal sales, as storefronts gathered dust while their would-be customers dialed up friends and newfound friends selling black-market bud.

If marijuana is taxed too heavily in California, the effect will be felt throughout the state. Gov. Jerry Brown is banking on billions of dollars in legal marijuana sales within three years, as part of the state budget-making process. If Fitch is right, California lawmakers will have to revisit their revenue plans — or adjust the cost of doing business to somewhere below the threshold of “extremely painful.”

TELL US, do you think states should tax cannabis at uniquely high levels?

You may also like...
Related Topics:California, Cannabis, marijuana taxes