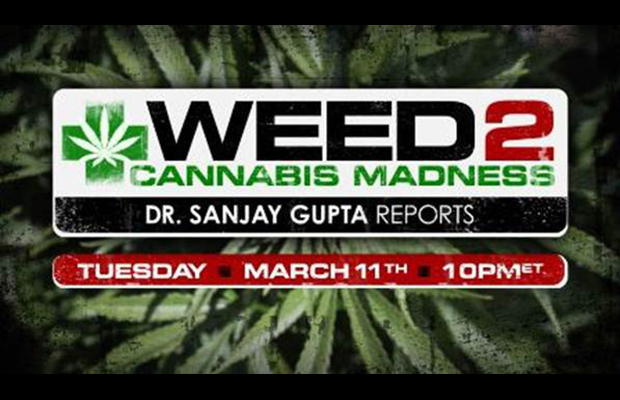 In promotion of tonight’s special, “Weed 2: Cannabis Madness” on CNN, Sanjay Gupta has released another editorial on CNN.com taking on the issue of CBD-only legislation head on.

In the follow up documentary, Gupta discusses cannabinoids and how the endocannabinoid system works with Raphael Mechoulam, the Israeli researcher who was the first person to isolate individual cannabinoids and discover that THC was the active agent causing “the high” in the early 1960s.

The editorial includes the video below, in which Gupta gives a brief overview of Mechoulam’s work and concludes that medical marijuana works because of the “entourage effect.”

“While science has not yet shown the exact role or mechanism for all these various compounds, evidence is mounting that these compounds work better together than in isolation,” Gupta says.

The drive for CBD-only legislation in conservative states is seen as a step in the right direction by some because it is a legislative confirmation of proven facts: marijuana is not dangerous and in fact has a wide range of medicinal and wellness/lifestyle benefits as compared other medicines and illicit drugs.

Others, particularly advocates for medical marijuana, see the drive for CBD-only legislation not only as too restrictive, but “discriminatory” as well.

“CBD-only legislation is not all encompassing but rather discriminatory,” says Brandon Krenzler. “Many patients, children like my daughter, Brave Mykayla Comstock and pediatric cannabis patient Landon Riddle rely on THC rich medications to treat not only their conditions, but the side effects of the toxic pharmaceuticals they are required to take.”

Comstock and Riddle both are being treated for leukemia and use cannabis oil. Krenzler says the oil relieves the side effects of chemotherapy and cause apoptosis (or “cell suicide”) in malignant cells, which effectively cures the cancer.

Tune in tonight at 7pm PST/10pm EST to CNN and follow @cannabisnow for live coverage and commentary.

Stephanie Williams: We Are Moving to Colorado to Save Our Daughter’s Life
Cannabis and Mental Illness: How Reefer Madness Heals the Mind