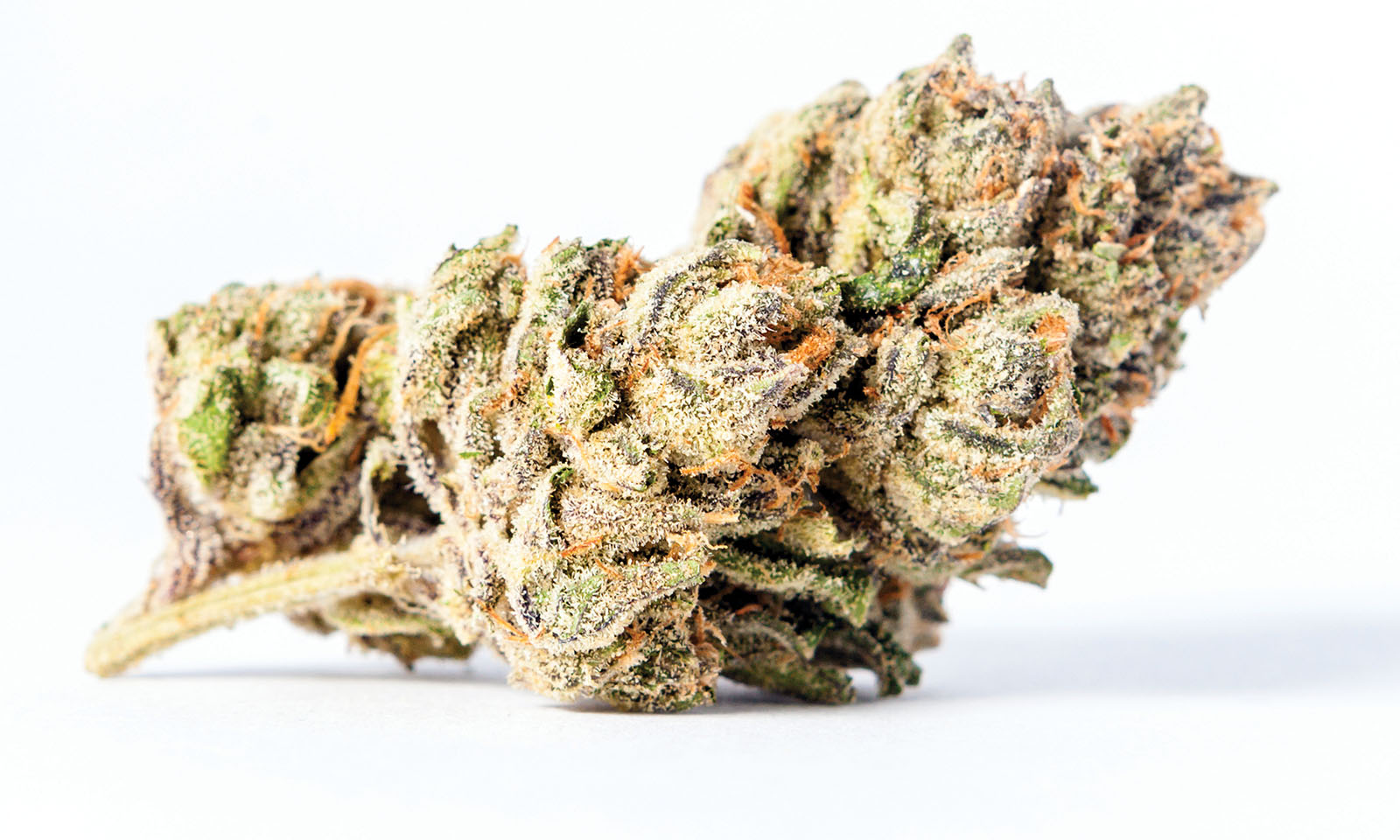 Over the years, Zkittlez has emblazoned its name across the cannabis landscape among the upper echelon of top-shelf cannabis. Now in development for two years, its premiere offspring Rozé looks to follow mom’s lead in finding its spot among the best cannabis genetics in the world.

As always with the strains of folklore, we start with the parents. The aforementioned Zkittlez is the king of Northern California right now. Obviously, the city folk may point to more popular urban cuts not developed on the hillsides of the Emerald Triangle, but they’ve had their chance. With those strains, early generations leaked a bit out into the wild and into the hands of less savvy cultivators, leading to mixed results. When it came to unexpected offspring, for every Gelato #33 or Animal Cookies, there was a boatload of crap. To that extent, there were about eight kinds of Platinum Cookies floating around NorCal, all different, with varying degrees of quality.

That’s where the Zkittlez story really starts; it’s as much a story about preserving and protecting old-school genetics as it is about the quality of the pot. The genetics on the original Zkittlez is a mystery. Most important in the strain’s origin story is the fact that Zkittlez is clone-only and was discovered originally by NorCal cultivator Gas Station Bob. Bob put it into the hands of the now famous 3rd Generation Family via cultivator Fieldz. Not long after he received it, Fieldz passed the cut on to Tony Mendocino who gave it to Brandon, also of 3rd Gen, in the spring of 2014. When the team at 3rd Generation Family, also known as the Terp Hogz or Dying Breed Seeds, got their hands on the cut things really began to take off. They had already achieved notoriety with their signature Eddy Lepp OG, named for recently released pot POW, legendary large-scale cultivator and Cannabis Now contributor Eddy Lepp, and took two Cannabis Cups for the effort in 2013. Little did they know the Zkittlez would launch things into the stratosphere.

Since getting their hands on the cut, every award possible has been awarded to this group of cultivators over the years, leading to great feats in modern cannabis. Last year, they won the Humboldt edition of The Secret Cup unopposed in the flower category. They also took home the prize for top oil at The Secret Cup the past two years. These accolades, on top of numerous Emerald Cup and High Times Cannabis Cup wins and podium spots, cemented Zkittlez place at the top.

“Zkittlez was one of those holy grail cuts,” Brandon of 3rd Gen told us, as we spoke on its rise. “It’s like a Sour D, OG Kush or Cookies now.”

It makes sense then that kids from Zkittlez would also be nothing to balk at. According to Brandon, when Tony ran his first batch of Zkittlez indoor all those years ago, something happened. While not 100 percent clear, it’s believed one of the Zkittlez plants became impregnated by another unknown strain in the room and a portion of the Zkittlez got seeded.

“Ultimately what happened was I went into the room, and it was the first time Zkittlez had been run indoor at all period, and I saw that it had some seeds in it,” said Brandon. “We never really found out what dropped balls because there was no male. The seeds that I ran to get the Rozé clone-only were all female renditions, meaning there was hermaphroditism in the room that made the seed.”

Undeterred, Brandon grabbed a couple ounces for his head stash and picked out 48 seeds. In early 2015, he started popping those beans to stress test the genetics prior to the summer growing season. This allowed him to make sure he was working with something special and he quickly realized that was the case.

The cold nights of Mendocino in early spring proved he was working with some hearty genetics, which are now obviously from a royal lineage.

“We put them through torture,” Brandon said. “I gave tallies to the ones that looked the strongest or smelled like something was really going on there. Sixteen phenotypes made it to the second round.”

In that second round indoors, things really began to take shape. The 16 were grown out and their individual traits began to stand out more clearly.

The naming process began, and despite running alongside killers like Dirty Zprite and Zlasagna, the name Rozé jumped to the head of the pack.

“The Rozé was the most frosted and had purple hues to it,” Brandon said of that second run — and it didn’t hurt the selection process that it was producing quarter pound plants at this stage of the research either.

The most notable element that made this strain stand out was Rozé’s unique terpene profile. The light rose water aroma is where it got its name. Tony Mendocino pointed out that cultivators working to develop new lines of genetics often miss terpene profiles their nose may not be familiar with. Rozé doesn’t have that problem, the unique aroma isn’t overpowering but clearly stands out.

The effect definitely had some body to it with a nice cerebral edge. It was a pleasure to wander one the world’s premier cannabis events after loading up a backwoods with Rozé. It generally stood out as some of the best cannabis at Chalice this year along with its mom, Zkittlez, Mimosa #26 from the Jungle Boys and Alien Labs’ fantastic rendition of Wedding Cake.

“I’m not trying to put out some Fugazi story, I’m all about the real deal truth,” Brandon said, “but the fact of the matter is the Rozé is special because I sorted through 50 different things to find something as different as it is. It’s usually a couple thousand, it was a lucky grab.”

He also has big plans for 3rd Gens’ 2017 releases and has called it the “Year of the Melon.” Keep an eye out for Gak Melon, Melon Ringz, Banana Pudding and the one we’re most excited for: Strawberry Kiwi.