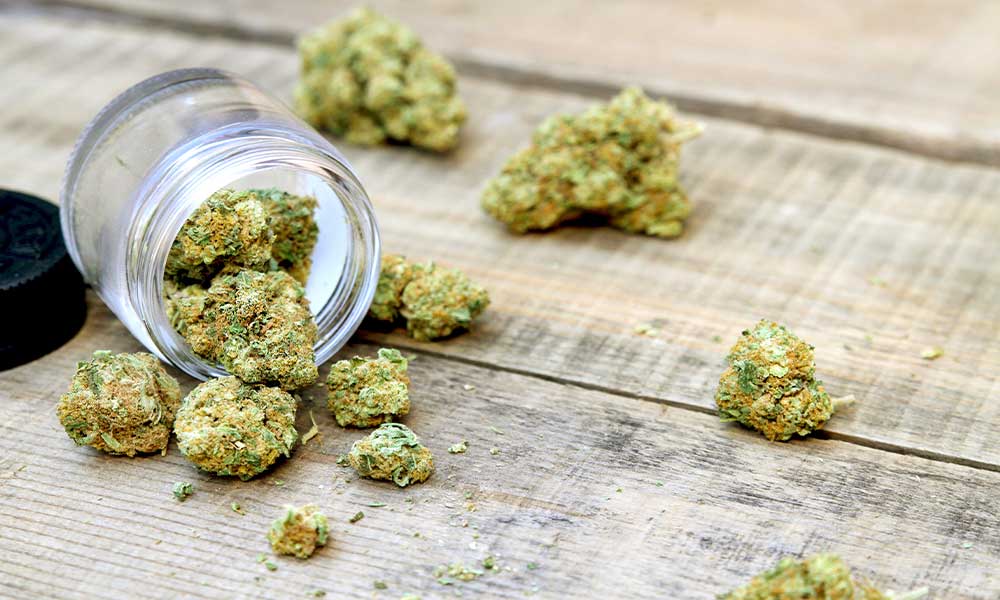 If you’ve purchased cannabis in the US anytime over the past several months, years or even decades, you’ve likely noticed that while specials come and go, the rough price of an eighth of an ounce of weed has hovered reliably around the $40 mark. In some states, the average price is closer to $50, and top-shelf (or rapacious retailers) might demand $60, but everything still seems pegged towards expecting to withdraw a few Andrew Jacksons whenever it’s time to pick up a bag. It’s been this way for a long time.

“We used to pay $60 [in the mid-to-early 1990s], but that’s about right,” agreed Walter Wood, a Trinity County, California-based grower and co-founder with his partner Judi of the Sol Spirit Farms brand.

For some reason, the $40 threshold is a concrete benchmark resistant even to inflation, and a mark that retailers across the country recognize as meaningful for consumers.

Pricing has as much to do with psychology and conditioning as it does market forces, but the remarkable stability of retail cannabis prices begs a question—and also spells trouble for small and medium-sized producers in the cannabis industry, where more than one-third of businesses claim they’re not profitable, according to a recent survey.

In mature, flooded markets such as California’s, where the price of a sungrown pound of cannabis on the wholesale market has plummeted from thousands of dollars in the pre-legalization and medical-only eras to $500 per pound (or less), most of these savings have not been passed onto consumers. And in the instances when they look like they are—with your $90 ounce of shake, or your $25 discount eighth—what you’re really seeing is dirt-cheap production costs, experts agree.

“Prices are down, and continue to be down, and yet we’re largely not seeing that reflected on store shelves,” said Michael Katz, executive director of the Mendocino Cannabis Alliance, an advocacy group for sungrown farmers in that legacy cannabis-producing county.

Where the Money Goes

If a $4800 pound was cut into $60 eighths, and an $800 pound is cut into $30 eighths today, where’s the rest of the money going? You’ve probably heard variations of this answer before, and for once, it’s as simple as it sounds.

The above graphic made waves when Sol Spirit Farms posted it in December 2021. It resonated because it’s more or less accurate: In some markets, particularly California’s, consumers spending $40 for an eighth are spending a lot of their money—maybe even half—on taxes and over-regulation.

Farmers like Wood are “probably getting $3 an eighth out of that $40” after costs including California’s loathed per-ounce cultivation tax, as well as inefficiencies when state-mandated middlemen such as third-party distribution are calculated, he said.

If basic innovations like direct-to-farmer sales were legalized—if Walter and Judi Wood were allowed to sell their cannabis the same way they sell the vegetables and eggs they grow on their property—Sol Spirit would see more of the pie, but they’d still probably shoot for the $40 mark, Wood said.

“I feel 40 bucks an eighth is probably not unreasonable,” he said. “That’s a number we could all work with really well, as long as the government is not stepping on it and taking one-third right off the bat.”

California’s woes are well-known and well-documented, but cannabis industry operators in other states say they’re repeated across the country. Take Massachusetts, a state that allowed far fewer cultivators than states with big sungrown industries including Oklahoma and Oregon, as well as California.

In Massachusetts, where cultivation is mostly controlled by large multi-state operators that invested tens of millions of dollars in indoor grows, a wholesale pound is going for around $3,000, with variation on both ends—but that’s for a pre-packaged pound, already tested and broken up into jars and bags.

“Our goal is to get to a $42.50 eighth average price point by summertime,” said Alex Mazin, the founder and CEO of Bud’s Goods, which operates three retail locations in Massachusetts.

Plenty of exceptions apply: Mazin recently spent $25 an eighth for decent, budget-conscious cannabis in Colorado, and the tales of $10 eighths from Oregon or other markets hurt by oversupply still strike fear into the hearts of growers and retailers. “I think a $40 eighth is where we’ll land as a healthy price point for quite some time,” Mazin said, referencing the sweet spot for decent weed.

In Colorado, Mazin says roughly  60% of the cost of an eighth is returned to the grower—with about 20% going to the state.

“So, kick-ass retailers are maybe doing a 10% profit, but you and I know that the majority of retailers don’t do that,” he added. “They don’t even get to zero.” Instead, Mazin explains that they prefer to burn investor capital or are content (for now) in chalking up a loss on retail while finding savings elsewhere on the supply chain, like on labor or cultivation costs. That might make sense for vertically integrated operations, but less so for smaller companies choosing to focus on one aspect of the industry.

As a perishable agricultural product repeatedly treated like a consumer-packaged good, cannabis frequently draws uncomfortable and inexact comparisons to other industries. But with pricing at least, the best example may be the wine industry, says Justin Calvino, a former Mendocino County-based cultivator who recently relocated to Los Angeles to solve the retail and consumer side of things.

Let’s look at wine buying as an example. Although $2 bottles exist along with $200,000 bottles, US wine consumers seem to have collectively decided that around $20 is the benchmark for a respectable bottle. “That’s a good baseline, just like between $40 and $50 an eighth is a great baseline for high quality cannabis,” Calvino said.

The trick, he added, and the secret to a viable, healthy and equitable cannabis industry, will be to guarantee that most of that is going back to the producer or to the workers—not to taxes, regulation or somewhere else.