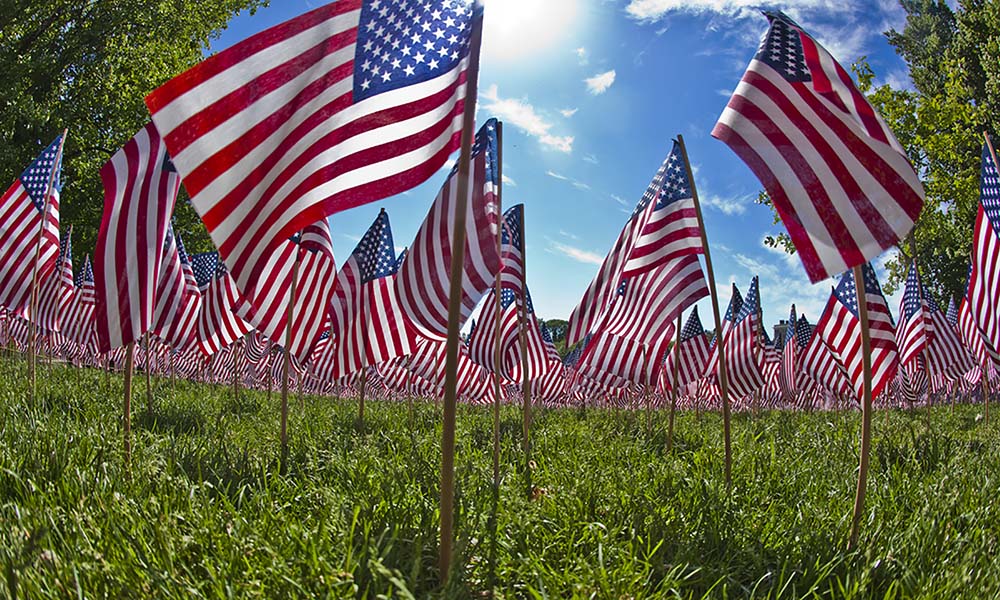 For many veterans looking for medical marijuana access, 2018 has been a good year so far.

The 8.3 percent of U.S. veterans that live in California now have easier access to marijuana than ever. While the medical market has obviously existed for 20 years, those who were scared of all the paperwork associated with getting a medical marijuana card can now feel a lot more comfortable walking into a dispensary.

But even outside California, it’s undeniable that the situation is improving for veterans and cannabis. On the federal level, the House Veterans’ Affairs Committee passed a measure to expand the Department of Veterans Affairs’ research on medical marijuana earlier this month. The Hill reports that the measure, which may even see a vote before this summer, would clarify the agency’s ability to research medical marijuana as a possible treatment for conditions including post-traumatic stress disorder.

However, the pace of change is still moving forward at a snail’s pace.

On a national level, many veterans — those living in prohibition states and those hoping to get cannabis treatment through the federal Veterans Health Administration — are stuck without access to medical marijuana.

Back in 2016, the Multidisciplinary Association for Psychedelic Studies (MAPS) received the first DEA approval to study medical cannabis as a treatment for veterans with PTSD. However, when Cannabis Now reached out to MAPS to see if the pace of the research’s expansion has mirrored the increasing pace of veterans looking to access marijuana, the response was not positive. Dr. Rick Doblin, MAPS Founder and psychedelic medicine pioneer, told Cannabis Now it wasn’t going too well, saying, “The expansion of research is barely happening.”

Doblin said one key issue is that the National Institute on Drug Abuse has a monopoly on cannabis research, which Attorney General Jeff Sessions has so far been protecting — “but he’s getting increasing pressure from various senators,” Doblin added.

MAPS Director of Strategic Communications Brad Burge added that the big wins that veterans are seeing at the state and local level when it comes to medical marijuana initiatives — combined with the indications that the federal government may make some smart moves soon on this issue — are limited by the fact that “federally regulated whole plant medical marijuana research is still at a standstill.”

“It’s good that the pressure is on Sessions to grant new licenses to grow marijuana for research,” Burge said.

Prior to the enactment of California’s new adult-use cannabis regulations on Jan. 1, many veterans received their cannabis through medical marijuana collectives. However, since the start of 2018, many veterans have found that their collective models are no longer in line with state law in California.

A non-profit called Operation E.V.A.C. (Educating Veterans About Cannabis) has found themselves on the front lines of California’s transition to a regulated cannabis market.

Operation E.V.A.C. founder Ryan Miller told Cannabis Now that, like many other veterans, he was pro-legalization for “the greater good.” However, he says that the loss of the collective model has been devastating for those who relied on it as a support system for getting their medicine. But on a more positive note, he says he’s spent time going from dispensary to dispensary teaching and has witnessed an increase in attendance for those coming to learn about the benefits of medical marijuana.

“We’re going to continue to do this in the spirit of Dennis Peron,” Miller told Cannabis Now. He said he hoped people would have a special place in their heart for the pioneering medical cannabis veteran and activist this Memorial Day, following his recent passing.

Veterans In Canada Fare Better Than In America

American veterans must feel like they are living on a different planet compared to their peers in Canada. In Canada, if any of the 14,000 veterans with PTSD choose to use medical cannabis, Veterans Affairs Canada foots the bill. But a recent controversy found 40 percent of the pot the Canadian government was paying for went to a small group in a New Brunswick military base. In response, the Canadian government changed the maximum daily amount of cannabis down to three grams from ten. Despite the recent change, this is still a huge improvement from the American model.

Have a great Memorial Day holiday, and remember to be thankful that more of our nation’s heroes have access to medical cannabis than ever before. However, don’t forget that there is still plenty of work to be done if we want to help all of America’s veterans, no matter what state in the union they call home.

TELL US, are you a veteran? Do you have access to medical marijuana?